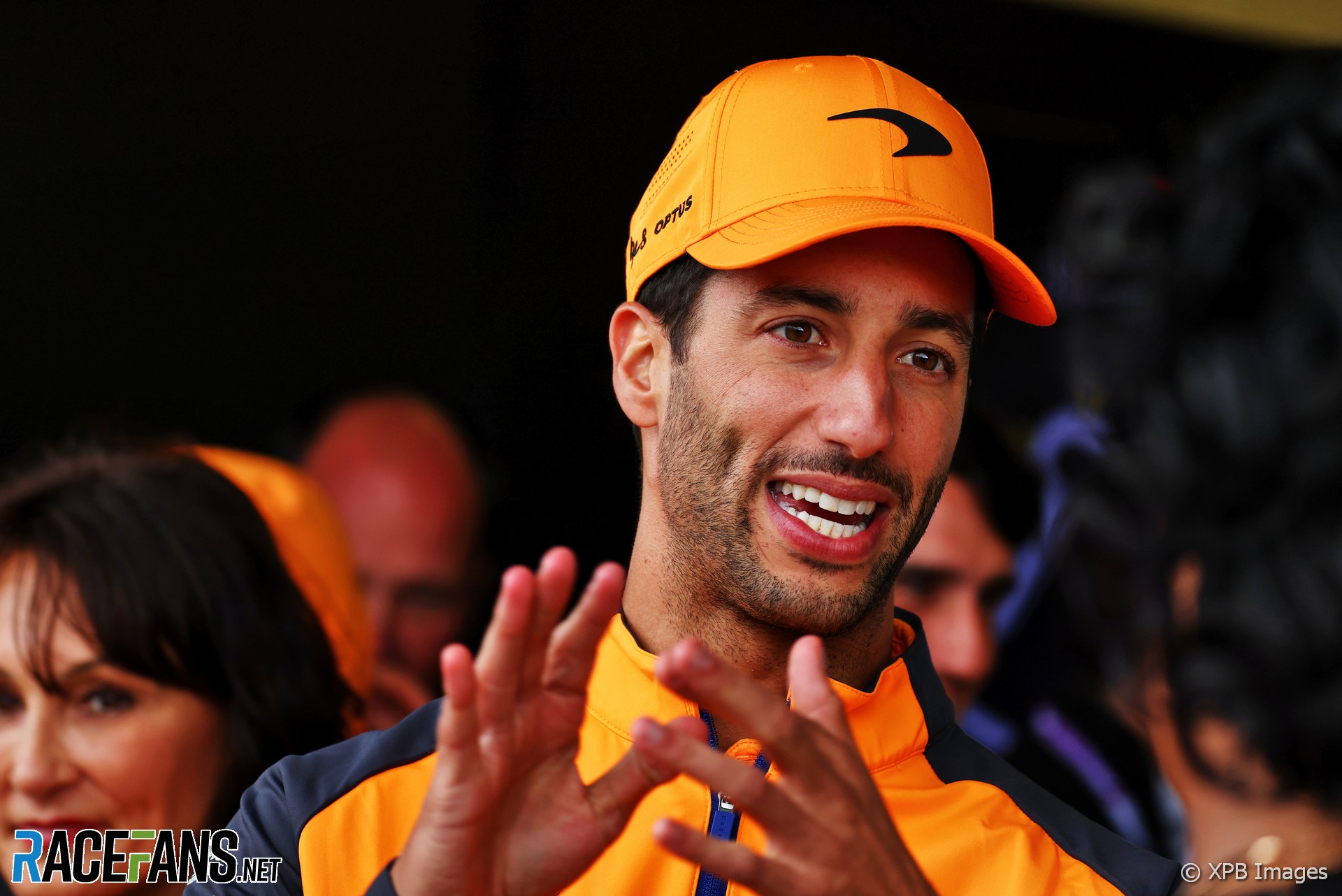 Daniel Ricciardo says the F1-based television series he’s developing is not intended to be a rival to the feature Lewis Hamilton is co-producing.

Details of the half-hour format scripted television series Ricciardo is developing with Hulu emerged earlier this week. Hamilton is working on an F1-themed feature film for Apple, starring Brad Pitt.

However Ricciardo made it clear he doesn’t consider his project a rival to Hamilton’s. “If anyone is like thinking of it is as like competition or something, it’s not at all,” he told media including RaceFans at Silverstone today.

“Obviously with what he’s doing, now the thing with Hulu with me and Netflix and all that and where the sport’s going, I think it’s actually cool that we’re using the pace of growth in Formula 1 to get into projects like this and push the sport out. So in a way, I see it as like we’re all supporting each other to support the sport.”

Ricciardo described his fictional series as being “like Ballers or Entourage in the world of F1.” He will be an executive producer.

“I teamed up with Temple Hill, they know what they’re doing in that field so I’ve got my full trust in them,” he said. “I’m basically going to act as executive producer but try to steer the ship a little.

“It is fiction but I’ll try to give as much input that it stays on course and doesn’t go too far away where people are like ‘okay, this would never happen’. So I’m going to try and give the best advice I can when I can.”

The project is still in the early stages of development. “We’re at the point of now just finding a writer. I don’t want to put pressure on the time thing but hopefully by the end of the summer that’s all established. Then it should be casting.”

However Ricciardo doesn’t intend to appear in his own series. “I’m not planning to be in it, so it’s literally me from the outside or from afar. But if they need a good-looking stud to cameo…”