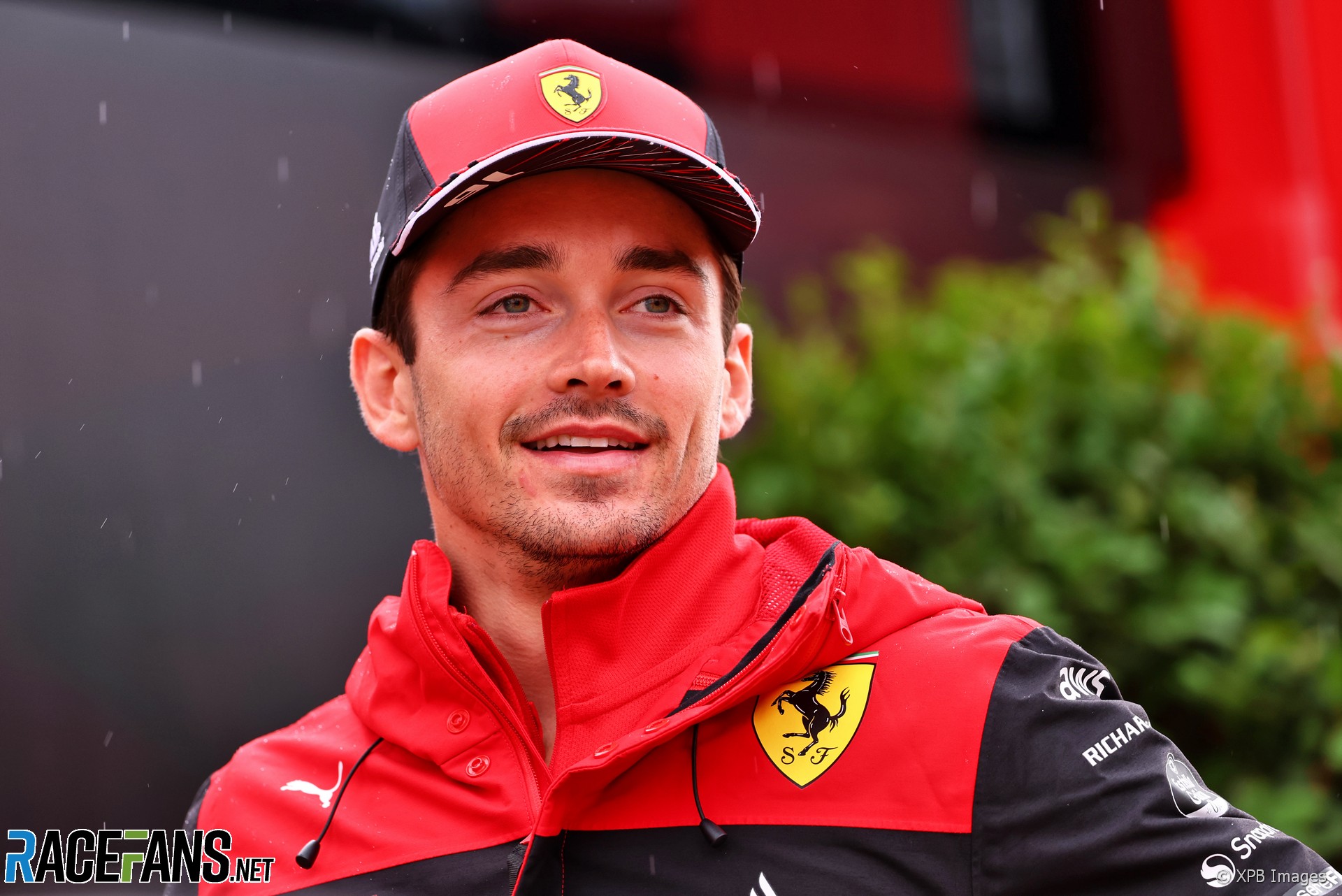 In the round-up: Charles Leclerc says he hopes to have his first “clean weekend” at Silverstone this weekend since the Miami Grand Prix in early May.

Leclerc hopes for ‘first clean weekend since Miami’ at Silverstone

Leclerc finished second in the Miami Grand Prix to Max Verstappen, leaving Florida with a 19 point lead over the Red Bull driver in the championship. Since then, the Ferrari driver has fallen to third in the standings and nearly 50 points behind his rival.

He says he is looking forward to this weekend’s British Grand Prix at Silverstone and believes Ferrari may be stronger at the high speed circuit than in recent seasons.

“This year we’ve got a bit more of a competitive car compared to the last times we came here, so hopefully we can have a clean weekend finally, because since Miami it’s not been great,” said Leclerc. “So hopefully we can get back on track and get back a win.

Silverstone could be “pretty awesome” in new cars – Ricciardo

F1 cars were heavily overhauled this season to generate most of their downforce through ground effect under the car floor. Ricciardo believes that the new concept cars will be enjoyable through the many high speed corners around one of the quickest circuits on the calendar.

“The only thing that will hold cars back in the high-speed is probably ride and potential porpoising because that does upset the balance, but if that is not too much of an issue, I think the high speed is going to be pretty awesome,” said Ricciardo.

“Compared to last year, probably the only thing that will make it slower is the extra weight. So I’m not sure we’ll be as quick as last year in the high speed. But I think as far as the grip and the feel, it will be pretty mega.”

Alfa Romeo team “can’t afford” to keep losing valuable track time in practice as it fights to keep ahead of its rivals in the constructors’ championship, says Valtteri Bottas.

The former Mercedes driver has missed out on significant running in practice sessions over six of the first nine rounds of this year’s championship due to either mechanical problems or as a result of accident damage. He says the team will be “penalised” if they keep losing running due to problems.

“It has made things more difficult,” says Bottas. “Sometimes I think we made some pretty awesome recoveries from difficult Fridays – I think Miami was a good example for me.

“It’s so close in the midfield and tracks that hundredths of a second matter, you just can’t afford losing track time. At the same time, everyone is out there learning and fine tuning their set up. It’s Formula 1 and you can’t afford it. It will always penalise you.”

What a lovely man, extremely gracious with his time and very humble. Highlight of my day.

"Whether it’s about my personal life, me and my girlfriend, especially the amount of hate pages dedicated to Luisinha now. It is pretty horrific. They are on Instagram and Twitter, they are the main ones."

"Hamilton is not advocating the cancelling of grey communities, rather he wants us to adopt zero tolerance towards anachronistic, negative attitudes that in the example of Piquet, Ecclestone and Stewart can be damaging."

"We will search globally for top female racing talent, provide them holistic training and support at par with what promising male drivers receive. Through a comprehensive training programme coupled with racing opportunities, we aim to see women competing at the highest level of motorsport."

"First broadcast on Twitch on June 29, 2022, check out the full recording of this F1 Manager 2022 livestream! Here, the Community team play the game live for the very first time, using a work-in-progress build to showcase key features and a full race, with insight from Game Director Andy Fletcher."

With Lewis Hamilton and Mercedes’ Ignite Partnership announcing their first grants aimed at encouraging greater participation from under-represented groups of society in motorsport and Formula 1, @robbie can’t help but note the timing of the announcement….

Whether or not the announcement of these grants was always going to be today, or was moved to today, the timing is perfect in answer to Vips and Piquet and Ecclestone.
Robbie