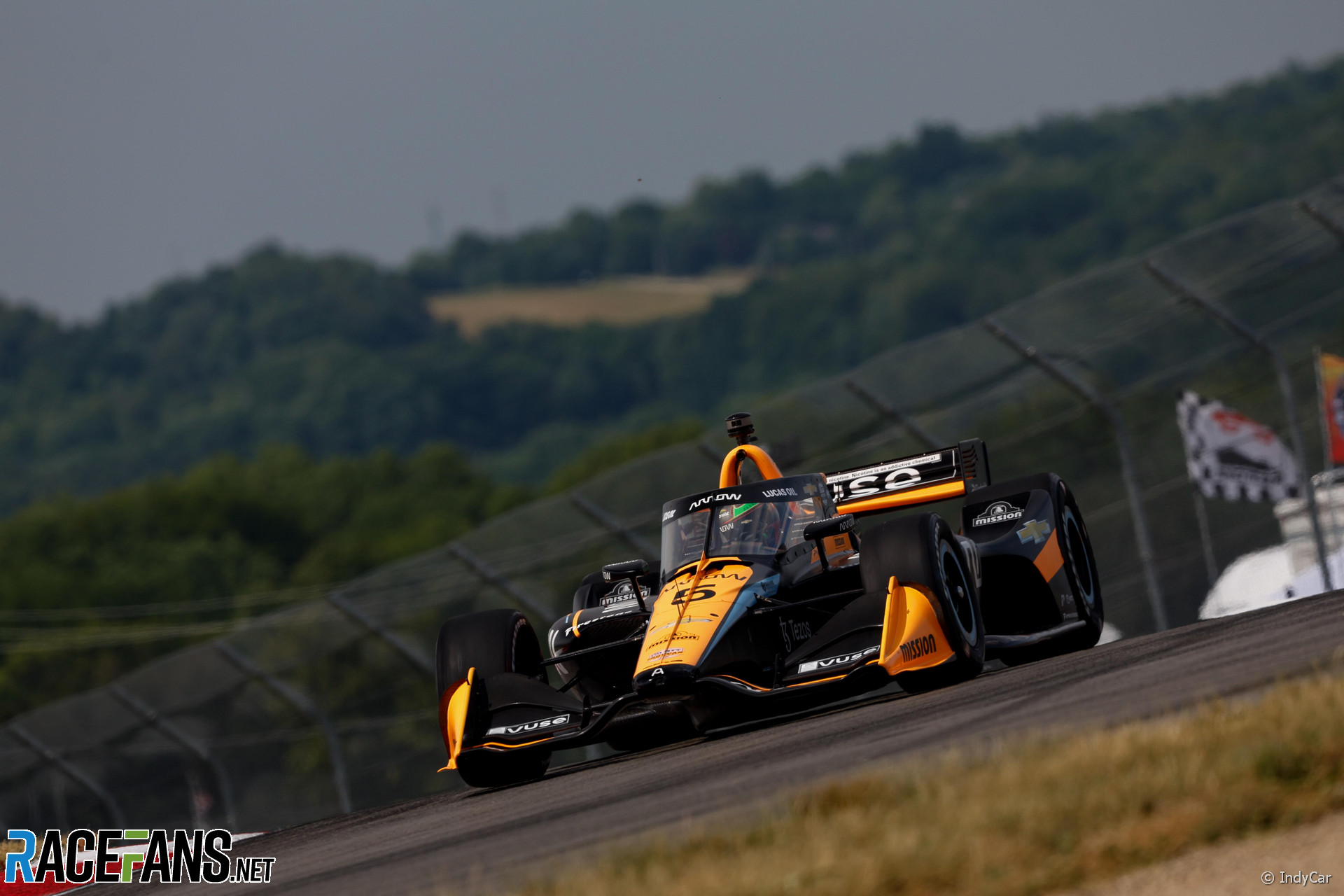 Chevrolet powered cars led every phase of qualifying during the session, with Scott McLaughlin leading round one, group one qualifying as well as round two. Felix Rosenqvist was the fastest group two qualifier in the first round.

Meanwhile, O’Ward was able to match the pace of his McLaren SP team mate Rosenqvist in the first and second rounds. Then, in the Fast Six, O’Ward took provisional pole with a time of 1’07.085, ahead of McLaughlin and Rosenqvist. O’Ward would improve on his second and final flying lap, setting a time of 1’06.705, the only driver in the Fast Six to break the 1’07s threshold.

It’s O’Ward’s first pole since last year’s Brickyard Grand Prix at Indianapolis Motor Speedway and the fifth of his career. The result is also a boost to the Mexican driver’s hopes of jumping back into the forefront of the championship: Not only does he start at the head of the field for tomorrow’s 80-lap race, but the top three drivers in the championship ahead of him all suffered setbacks during qualifying.

The most notable of which came during group one in first round qualifying, where Will Power had his two fastest lap times of the session deleted for impeding Helio Castroneves with a block across the sweeping bend of turn three, nearly pushing the four-time Indy 500 winner onto the grass at the fastest part of the track. Power had the fastest time in the session until that point, and the penalty would put Power behind the cut line to advance to the second round. He will start 21st tomorrow.

Also missing out on a place in second round qualifying was Indy 500 winner and points leader Marcus Ericsson, starting 13th, next to Josef Newgarden, last year’s Mid-Ohio winner, in 14th.

McLaughlin, who has had a slump in form since finishing second place at Texas Motor Speedway back in March, starts in second for his best qualifying result since that second round race. Colton Herta was the fastest Honda-powered driver, qualifying in third, with Rosenqvist – recently extended with McLaren for 2023 with a role to be determined – continuing his resurgence in fourth.