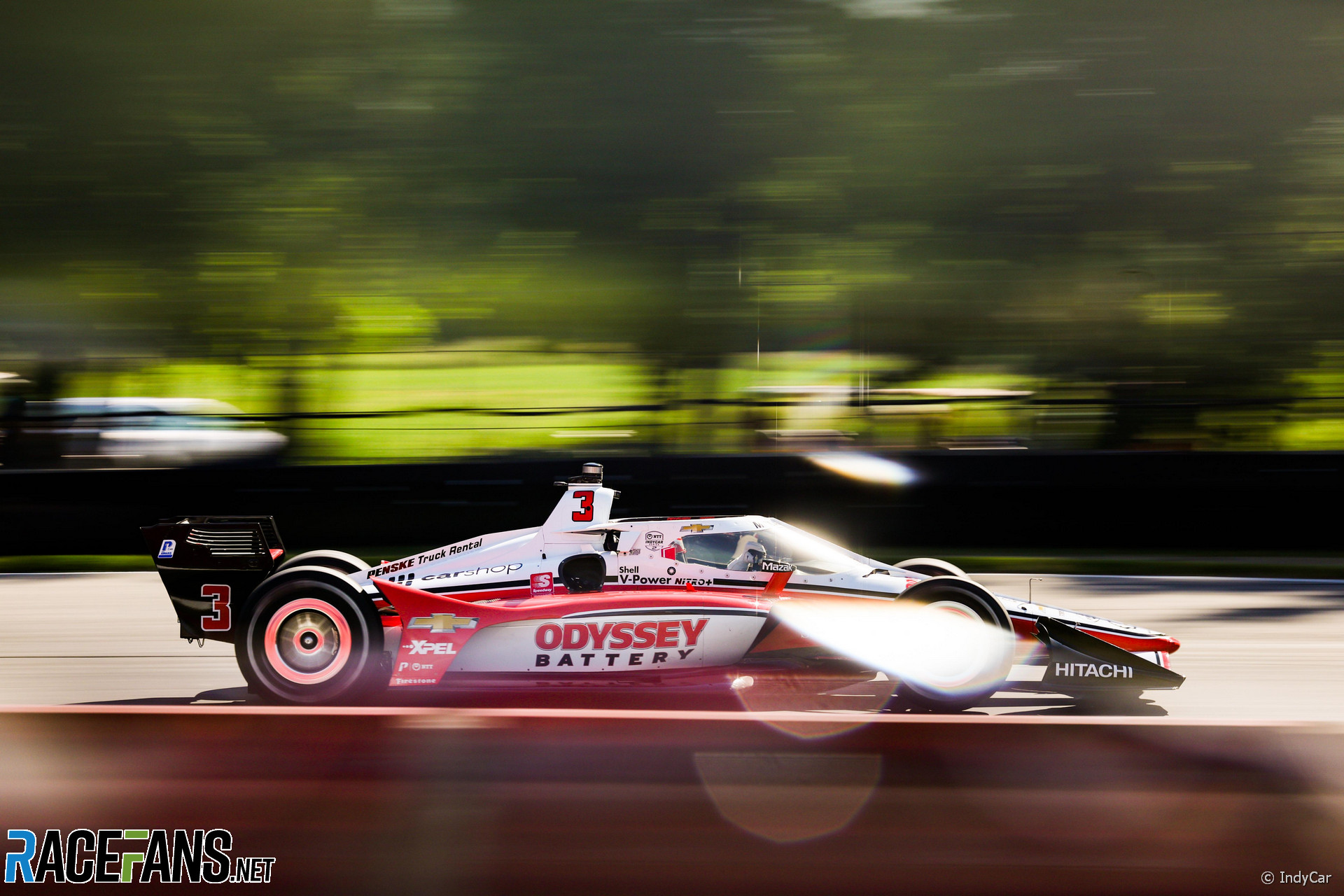 Scott McLaughlin scored his second career IndyCar win and second victory of the season at the Mid-Ohio Indy 200 ahead of Alex Palou.

The win ends a slump for the Team Penske driver, who had dropped down the IndyCar Series points table since winning the opening round at St. Petersburg, Florida, and finishing a close second at Texas Motor Speedway.

Polesitter Patricio O’Ward dominated the first stint of the race, leading the first 28 laps from the front of the field, just ahead of McLaughlin. But before making his first pit stop, he reported an engine issue to his McLaren SP team.

O’Ward would nurse a fuel pickup problem thereafter until his car finally broke down at the exit of pit lane during a full-course caution. He retired after completing 52 laps, and McLaren SP ended their day with a double retirement after Felix Rosenqvist suffered a mechanical failure on lap nine.

The benefactor was McLaughlin, who started second and moved up into the lead by making his first pit stop just before the Safety Car was called for Kyle Kirkwood going off at turn eight.

Once he assumed the lead, McLaughlin went on to lead 45 laps, and in the final laps he withstood pressure from reigning IndyCar champion Alex Palou.

With his mother and father finally able to see their son win in IndyCar, McLaughlin scored the victory, just ahead of Palou in second – exactly as it was in St. Petersburg.

Will Power, who started all the way down in 21st, then dropped to 27th and last after spinning out on the first green flag lap, charged his way back through the field. Using a three-stop strategy, Power went on to finish in third place.

Rinus VeeKay, who pulled off a remarkable double overtake around Scott Dixon and Josef Newgarden on lap 40, finished in fourth, ahead of Dixon in fifth, championship leader Marcus Ericsson in sixth, and Newgarden in seventh.

Helio Castroneves finished eighth, with rookie David Malukas in ninth, and Simon Pagenaud in tenth rounding out the top ten.

Meanwhile, the quartet of Andretti Autosport drivers were embroiled in a number of incidents. Alexander Rossi and Romain Grosjean made contact through the Keyhole (turn two) which sent Grosjean into the tyre barriers. The Frenchman then hit Colton Herta from behind, picking up a drive-through penalty for avoidable contact when he sent the young American driver spinning off at the Keyhole. Herta, who was in contention for a podium finish for most of the race, had dropped down the order after being caught out by a caution on lap 54.

Simultaneously, Rossi would pick up the same penalty for hitting Devlin DeFrancesco and pushing the rookie off-track. Herta would be the highest-finishing Andretti driver in 15th.

There were five retirements in the race: Rosenqvist and O’Ward, along with AJ Foyt Racing team mates Kirkwood and Tatiana Calderon, who came to a stop and brought out the caution on lap 54. Callum Ilott retired from the race due to a mechanical failure, after running in the top ten for most of the day.

After nine rounds, Indy 500 winner Ericsson still leads the drivers’ standings on 321 points. Power is just 20 points back after his comeback drive to finish third. Newgarden trails by 34 points, and Palou is just 35 points back. O’Ward remains fifth in the table, but missed out on an opportunity to gain ground on Ericsson.

The IndyCar Series resumes in two weeks’ time when the series makes its long-awaited return to Exhibition Place in Toronto in Canada on July 17th.