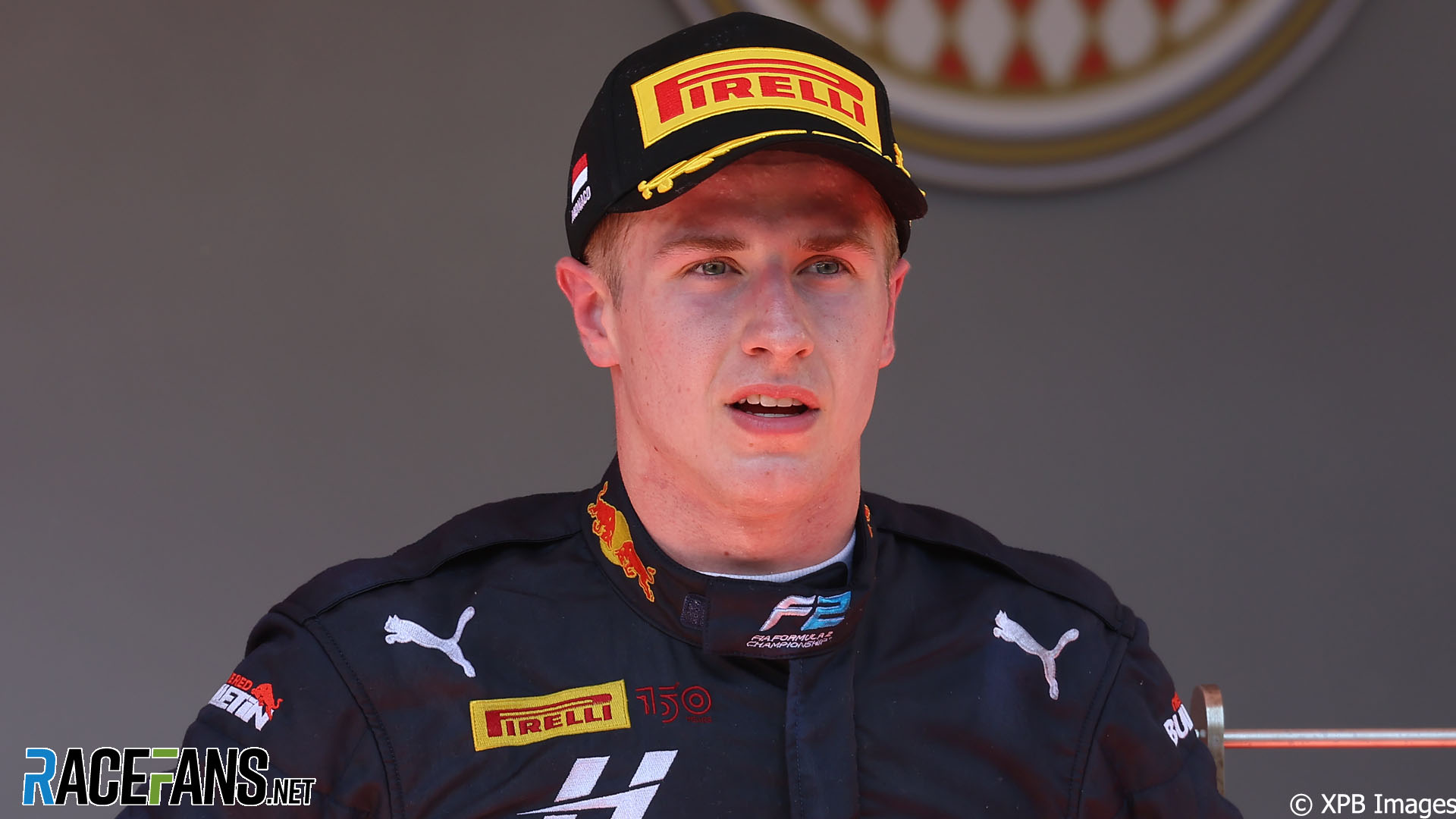 Red Bull has confirmed it will continue to “support” Juri Vips after dropping him as their test and reserve driver over his use of a racial slur.

Last week Red Bull team principal Christian Horner said the team had taken the “draconian” decision to cease Vips’ involvement in their Formula 1 team over his use of the expression “bitch n*****” during a live video stream the week before.

However the team has now confirmed Red Bull has not severed its ties with Vips entirely.

A Red Bull spokesperson confirmed to RaceFans that although “Juri’s contract as test and reserve driver was cancelled by Oracle Red Bull Racing, he is retained by Red Bull as part of their junior driver programme.”

Vips’ position on the programme was thrown into doubt following his ejection by Red Bull. After his Hitech F2 team chose not to take any action against him, Vips participated in last weekend’s round at Silverstone wearing a Red Bull-branded helmet.

Nonetheless the 21-year-old was removed from the list of drivers on the Red Bull Junior Team’s website. Earlier today the Junior Team issued a preview for this weekend’s F2 round at the Red Bull Ring in which it referred to its four team members as Jehan Daruvala, Liam Lawson, Dennis Hauger and Ayumu Iwasa, making no mention of Vips.

The Red Bull spokesperson added they “will support Juri as he transitions from his role with us.”