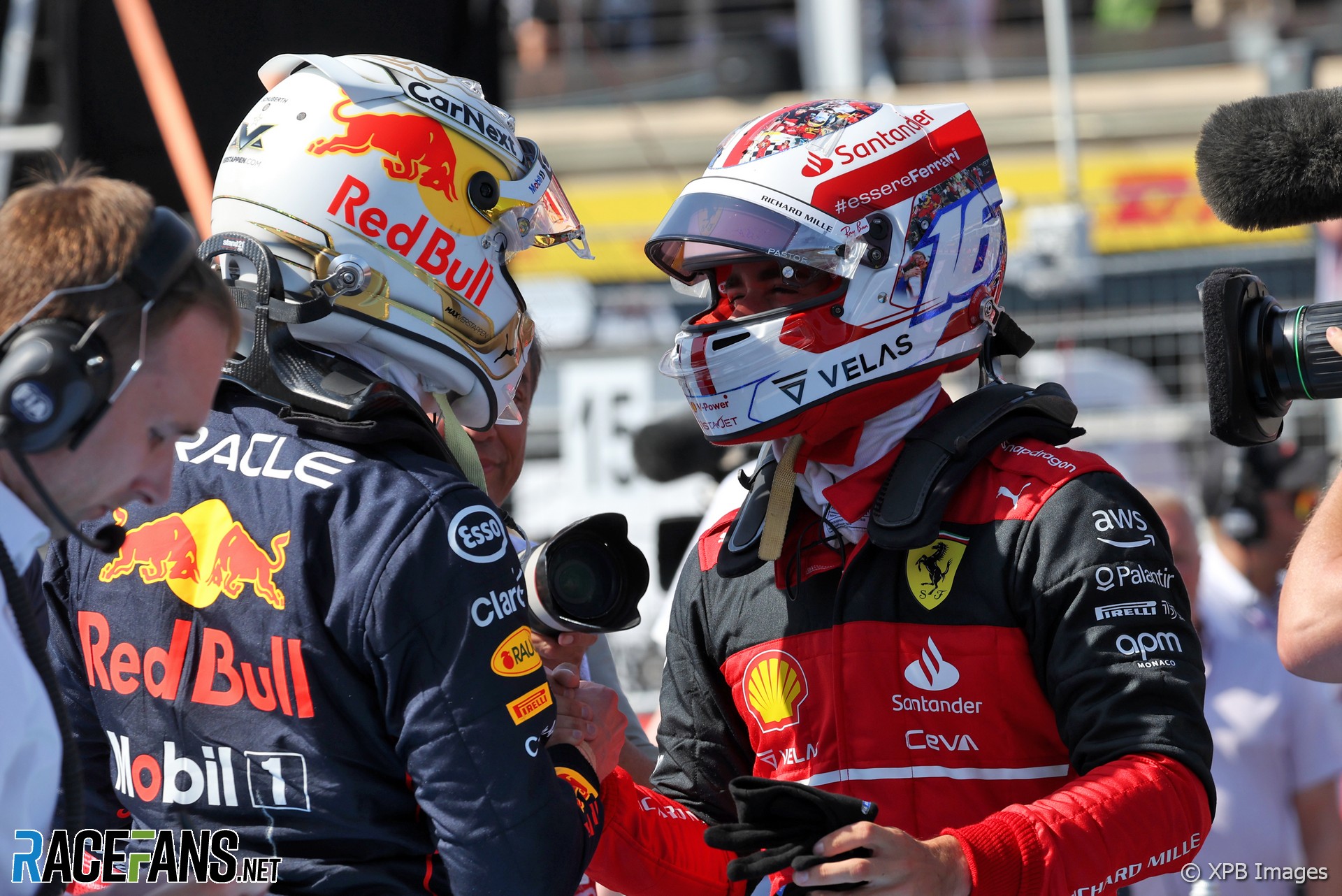 With Carlos Sainz Jnr set to start from the back of the grid due to a power unit components penalty, Ferrari used their driver to provide a slipstream to his team mate Leclerc.

Verstappen said Red Bull didn’t do the same because he and team mate Sergio Perez were both in contention for pole position.

“We are both, of course, trying to get the best possible qualifying result,” he explained. “It’s a bit different for Carlos starting in the back.

“So I think it was a smart thing to do and probably if one of us had to start in the back, something similar can happen as well.”

Sainz ensured he was in position to give Leclerc a tow approaching the extremely fast Beausset right-hander, then pulled out of his team mate’s way at the last moment.

“It’s all in the trust at the end,” said Leclerc. “I knew that Carlos was going to eventually get out the way at one point. I just didn’t know when. But Carlos judged it perfectly and got out the right way at the right moment.”

Leclerc beat Verstappen to pole position by three-tenths of a second. He indicated the extra time he gained from the slipstream hadn’t proved decisive in the fight over first place.

“I think it’s [worth] around two-tenths, of what I remember in the car compared to the lap of Q2 without the tow,” he said. “So it’s significant, it would have been a lot more tight with Max without the tow. But it was a nice help anyway.”