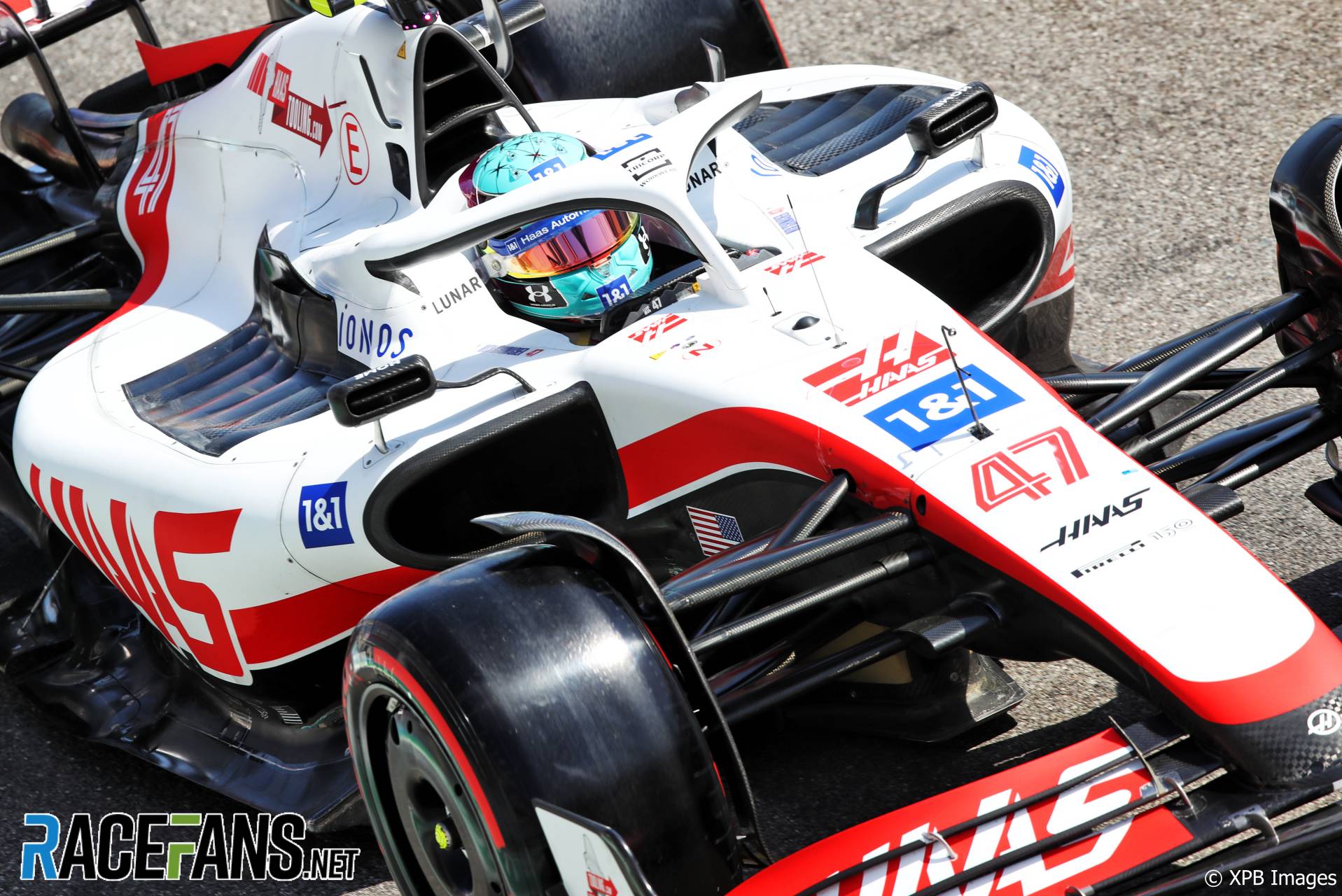 Mick Schumacher says he plans to have discussions with FIA officials over the track limits violation which put him out in the first round of qualifying for the French Grand Prix.

The Haas driver originally appeared to have secured a place in Q2 until his quickest time was deleted. Replays showed Schumacher had cut the inside of turn three.

Schumacher was surprised to lose his lap time for leaving the track at that corner. “It was unfortunate because I think we had the pace to go to Q3,” he said.

“It’s something to probably discuss a bit more with the stewards and the race director just to really understand this if there’s a bollard that isn’t track limits. I must be something that millimetres at the end.”

However he doesn’t expect anything which might improve his starting position. “If they taken the decision now there’s no reason to go and discuss about it because they won’t change much anyways.”

“It’s a bit frustrating,” he added. “But on the other hand also we won’t dwell on it but be more focussed on tomorrow and try and make our way through the field and try and score some points.”

Following penalties for his team mate and Carlos Sainz Jnr, Schumacher is currently set to start 17th. He expects it will be possible to make up places in the race.

“The DRS delta is pretty big so we should be able to overtake once we get into DRS,” he said. “How the tyres are going to survive, that’s something we’ll have to see tomorrow.”

He predicted it will “be quite tough keeping the tyres in the window” in the hot conditions which are forecast at the track tomorrow.

“The C4 is quite a vulnerable tyre at the moment. C3 and C2 are a bit more resilient in that case, so we should be able to push a bit harder.

“But once we get into that two-way fight and the battles I think that’s going to tear the tyres quite a bit apart. So for sure it will play into our strategy choices.”