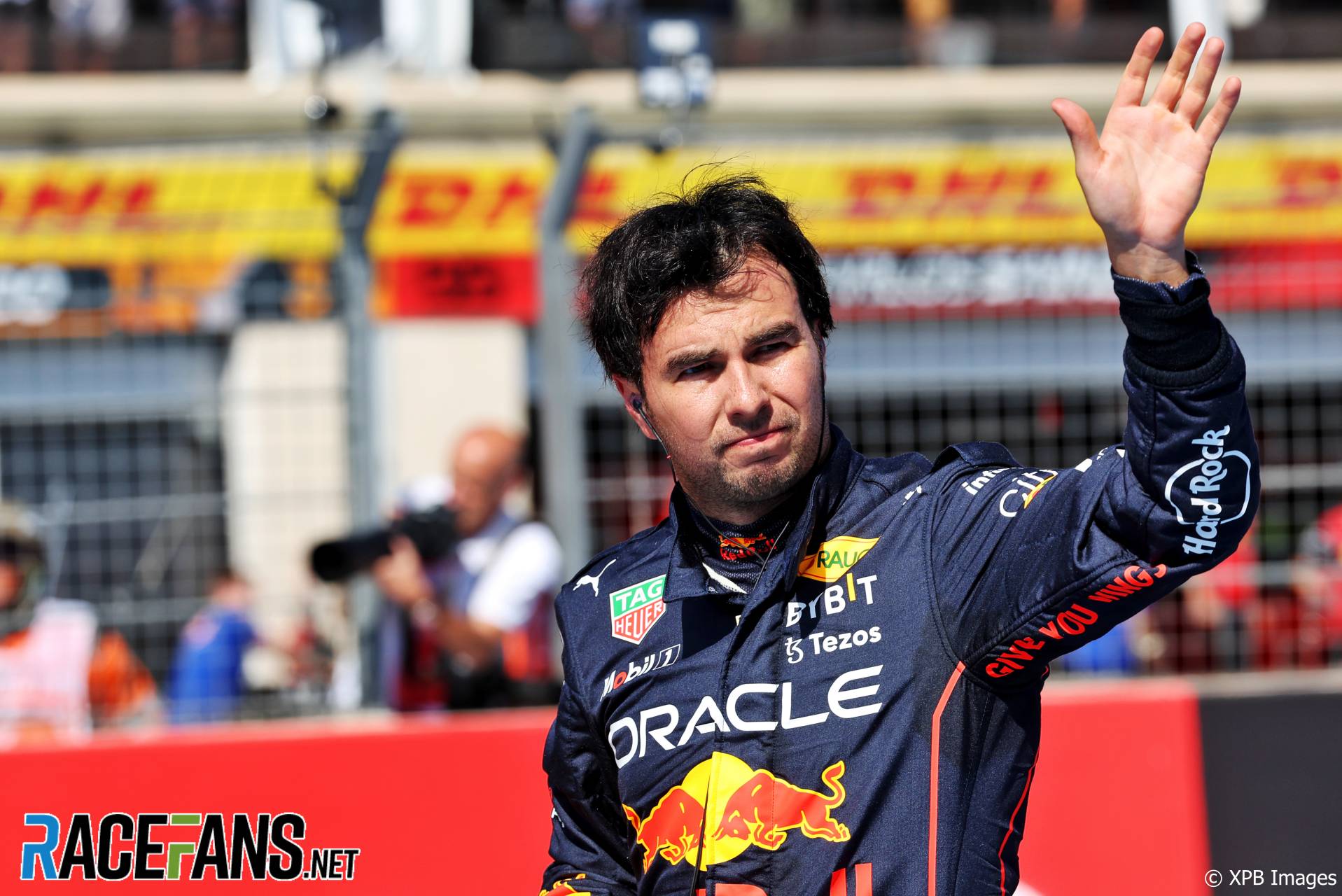 In the round-up: Sergio Perez says third on the grid for the French Grand Prix was a good result after his “worst weekend” of preparation for a qualifying session this season

Perez was outside of the top four positions in all three practice session across Friday and Saturday but took third on the grid for today’s race, 0.159 slower than team mate Max Verstappen. The hot conditions at Paul Ricard posed a set-up challenge, Perez admitted awterwards.

“We’ve been playing around with the set-up quite a bit since the beginning of the weekend,” he said.

“It’s very, very hot and somehow I’ve been struggling a lot, you know, it has been probably my worst weekend up to now in terms of preparation for qualifying. So it’s a decent result to pull it back.”

Sebastian Vettel said his preparation for qualifying was affected by a new floor specification “breaking up” during practice, limiting his running.

The Aston Martin driver was knocked out of Q2 in 14th place. Earlier in Saturday’s practice session, Vettel had only completed 11 laps – fewer than any other driver – and set his session-best time before the midway point in the session.

“We had an issue with the floor,” Vettel explained. “It was a new floor, but it was breaking up.

“We fixed it, not in time for third practice, so we had no run in the end, but in time for quali. Hopefully it’s fine for [the race], but I think we did what we could.”

"The mayor of Nice, Christian Estrosi, announced on Saturday July 23 the end of the Formula 1 grand prix project in his city."

"You always hear the stories of when there was Ayrton Senna or Michael Schumacher and in this period it’s been Lewis. You hear about the battles he has had, and those guys had with Prost and Mansell. In 20 or 30 years’ time its going to be the same about Lewis racing Seb and Max. Then somewhere there’s my name a bit further down."

"I don’t have the access I had before to the data and all that stuff from home. When I’m here, I have it. Not from home like the same I had before. Which I understand. It’s normal. I think I’d do the same if it was my team. It changed. But I understand it. It’s not that I’m out of meetings and stuff like that."

"The danger is that auto manufacturers own or will own most of the teams now. Porsche will be coming into the series and maybe Audi as well. Honda is also talking about coming back in again. We’ve seen it many times historically where manufacturers are hungry to come into F1 – and I don’t see how the budget cap is going to work in that regard but let’s assume it does – but when the tide turns like it did some years back when Toyota, BMW and Honda all left at the same time the corporate owners just look at a balance sheet, they have no emotional attachment to the team like the old school entrepreneurial owners used to have."

Alesi: ‘Ferrari are missing some little things to be perfect – they need time’ (The Guardian)

"What we have seen in the past at Ferrari when they won with Jean and Michael, they made something unique. What Binotto is doing at the moment is building the team with new people, fresh blood and honestly it takes time. So far they have been fantastic to make a quick car but now they are missing some little things to be perfect. They need tim"

The french GP organisation always manage to screw up the traffic access. Even with F1 lane and accreditation stickers. Unbearable. 2 and a half hours to drive 18km to the circuit.

Thanks to @FIAFormulaE for giving me the opportunity to do a few laps in the Gen2 car! ⚡️

But no worry, next time you’ll see me competing will still be with my fav car: the Toyota Yaris Rally1 😊 @TGR_WRC pic.twitter.com/c2sEA0aW5H

With W Series champion Jamie Chadwick claiming a fifth race win in five rounds in the 2022 season and seventh consecutive win overall, @bernasaurus believes she deserves a genuine chance in a category like Formula 2:

I honestly think she’d be competitive in F2. I obviously don’t know how those behind W Series envisage things, nor her backers, or what they really want from it.

But I think her fighting Vips or Vesti or whomever for sixth or grabbing a podium in F2 looks better for everyone involved than her just walking the W Series title. If she fails in F2, then nothing really gained or lost – though I doubt she would fail given the right team.

I just think her winning seven races in a row in W Series is less productive for promoting women in motorsport than what her finishing third in an F2 race would do.

I don’t think Jamie is going to win an F1 title, but she has the potential to hold a special place going forward in how gender is perceived in motor racing.