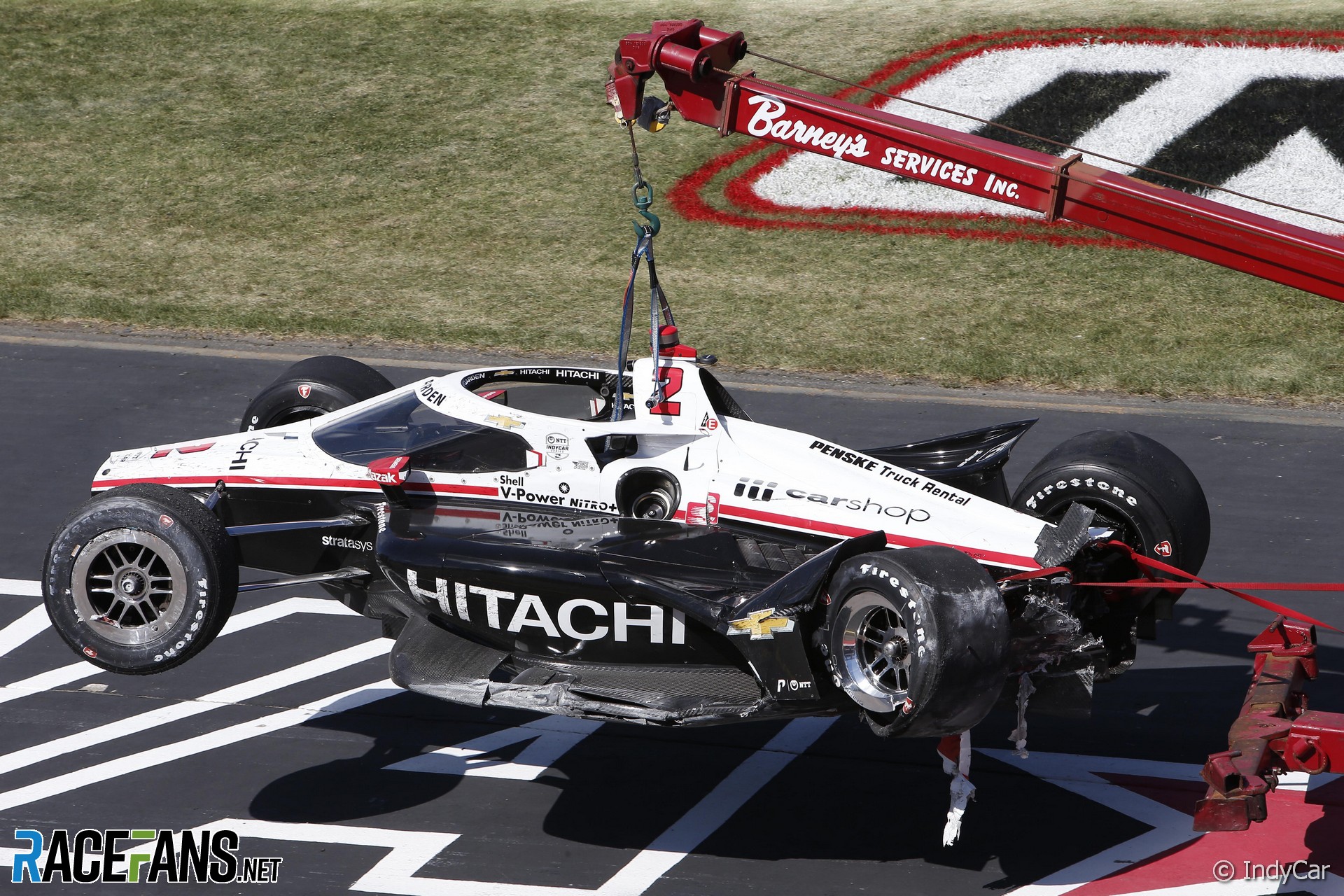 Josef Newgarden was taken to hospital by helicopter after suffering a fall during the post-race activities at Iowa Speedway yesterday.

The two-times IndyCar champion crashed out of the race and was checked at the circuit’s infield care centre and released, following which he lost consciousness and fell.

“After the conclusion of the race, he fell and returned to the infield care centre.” He was “awake and alert” when he was taken to hospital, the series added.

Newgaren’s Penske team said he had been transferred via helicopter due to the traffic at the circuit, where a post-race concert was being held.

“Josef Newgarden was involved in an incident late in Sunday’s race at Iowa Speedway, after which he was evaluated and released from the infield care centre,” said the team. “Following the conclusion of the race Newgarden lost consciousness and fell, sustaining a cut on the back of his head.

“Due to the 45-minute drive to MercyOne Des Moines Medical Center and the traffic outside the racetrack, the medical helicopter was determined to be the best mode of transportation.”

The 31-year-old was kept in hospital until Monday, the team added. “After being evaluated, all scans were negative. Newgarden will be held overnight for observation.”

The championship is due to continue at the Indianapolis Motor Speedway road circuit this weekend. “Following IndyCar protocol, Newgarden will be evaluated by the IndyCar medical staff on Thursday,” said Penske.

Newgarden won the first of last weekend’s two races at Iowa on Saturday. He was leading the second race when his car abruptly spun into a barrier.

In a quote issued by his team, Newgarden said he was “not sure” if something had broken on his car.

“Everything felt fine to me up to that point. I did have a vibration at the start of the stint, which isn’t abnormal. Tyre balances are always shifting. It’s very possible that we had a mismatched set or something. It wasn’t diabolical whatsoever.

“Actually everything felt just fine. It was totally unexpected when it happened. It caught me by surprise. I didn’t know what happened until I was in the wall.”