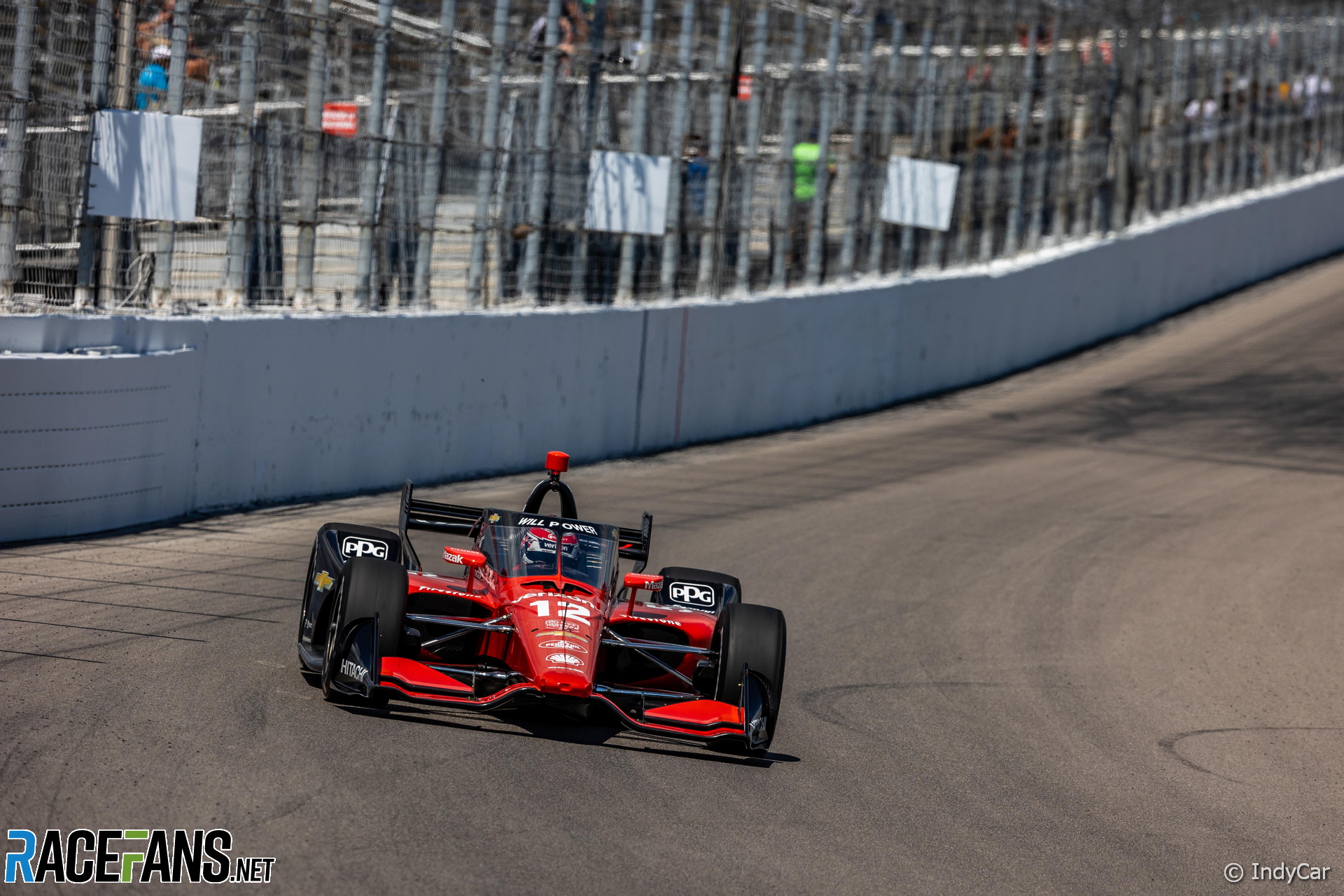 Will Power won the pole position for the St. Louis 500 at Gateway Motorsports Park, the 67th pole of his IndyCar career – tying Mario Andretti’s record for the most pole positions in the history of major American open-wheel racing.

The qualifying format for tomorrow’s 500 kilometre, 260-lap race around Gateway was the fastest two-lap average speed, similar to the format used at the Indianapolis 500.

Power had to wait until the very end of qualifying as the number one driver in the championship, but with a friendly cloud cover and wind assisting his run, he set a sensational two-lap average of 182.727 miles per hour (294.071 kilometres per hour). He completed the run in 49.254 seconds.

In addition to matching the historic milestone, Power has also gained one bonus point in the IndyCar Series championship battle. He now sits seven points ahead of second-ranked Scott Dixon, and 13 ahead of Marcus Ericsson.

Ericsson will share the front row with Power after qualifying second-fastest. In fact, all of the ‘championship seven’ drivers, who entered the weekend separated by just 59 points, qualified in the top seven positions.

McLaren SP driver Pato O’Ward qualified seventh, just minutes after his team mate Felix Rosenqvist spun at turn two on the first lap of his qualification attempt. Rosenqvist will start 26th and last tomorrow, not ideal as he seeks a strong run to ensure his IndyCar future – be it with McLaren or another organisation.

Veteran Takuma Sato qualified eighth, ahead of Romain Grosjean who set the ninth-fastest time. However, Grosjean will serve a nine-place grid penalty for an unapproved engine change before the weekend. This demotes the Franco-Swiss driver to 18th on the grid, and elevates his rookie team mate Devlin DeFrancesco to a career-best ninth place starting position.

DeFrancesco will share the fifth row with Alexander Rossi, who completed the top ten in qualifying.

Further back, Helio Castroneves – who just signed a contract extension taking him into his age 48 season in 2023 – qualified 18th, ahead of another recent contract signee, Christian Lundgaard.

Jimmie Johnson, who hasn’t run at Gateway since 2001 in NASCAR’s second-tier national series, qualified 21st, a disappointing result for the oval specialist.