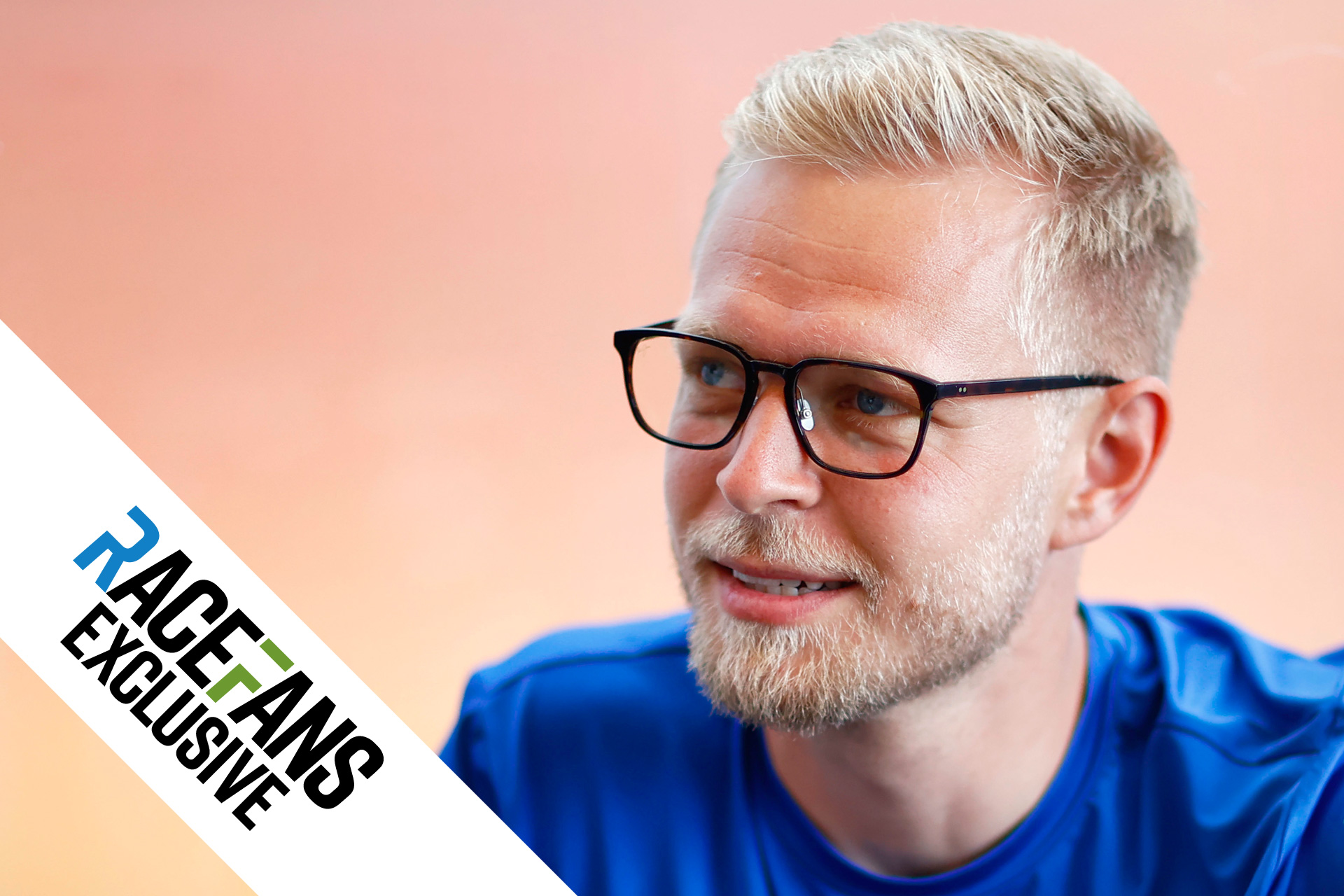 A few days before the start of the 2022 Formula 1 season, Kevin Magnussen’s phone lit up. A familiar name wanted to speak to him.

His former Haas team boss Guenther Steiner was on the line with an important question. He wanted his ex-driver back, with immediate effect to replace the ousted Nikita Mazepin. In short order, Magnussen was on a plane heading to Bahrain for the final pre-season test.

Fast-forward six months later and Magnussen is fully ingrained back in the F1 family for the third time. Now a father, he sits 11th in the driver standings, comfortably ahead of junior team mate Mick Schumacher.

Having arrived in F1 with McLaren in 2014 but spent most of 2015 on the sidelines before returning with Renault, Magnussen originally joined Haas in 2017 and stayed there for four years. His departure came when Steiner replaced his experienced pairing of Magnussen and Romain Grosjean with two rookies, for reasons which were primarily financial.

Magnussen then spent much of last year in America, participating in sports cars and IndyCar and was set to join Peugeot for the World Endurance Championship. Then came the unexpected call from Haas.

He has therefore made a second return to Formula 1, a sport he was steeped in from an early age. He arrived in the world well before father Jan Magnussen made his debut as a grand prix driver.

The first Magnussen to race in F1 was dominating the British Formula Three championship in 1994, the year his son turned two. Jan made his Formula 1 debut the following year, and after bowing out mid-way through 1998 spent the next years in and around F1, before concentrating on sports car racing.

The younger Magnussen’s grand prix career has already lasted considerably longer than his father’s. He says his childhood shaped him into the racing driver he is now, and his hero father was keen for him to chase his F1 dream.

“It’s not like I’ve had this kind of ‘super-pacing’ family,” he explained in an exclusive interview for RaceFans. “It’s not been like that.

“But because I was so into it and I really, really was dreaming about becoming a Formula 1 driver, they wanted me to go for it, and then it’s kind of my choice. Then [they were like] now you’ve chosen, you’ve got to go and [make it happen].”

Magnussen’s return to the sport saw some big changes in his life: He married his partner Louise Gjørup and became a father. His daughter Laura arrived in January 2021. Two days after she was born – seven weeks early – Magnussen left for America to race in the IMSA sports car series where his father enjoyed much success.

What are the chances of his daughter continuing the line of racing Magnussens? Her upbringing will be different from his, he says. While his parents “let me stay away from school all the time and stuff like that” to further his racing career, Magnussen says “I don’t think I would do that” for his child.

“I want to make sure she goes to school, finishes that and I don’t want to put all the eggs in one basket as I did.

“I had a great childhood and so many good memories and it’s been so fun, so much fun, this journey towards F1. But it’s also been a lot of risk.

“I don’t know what would have happened if I hadn’t done well in F3 and then I’m 16 years old and I’ve wasted all my schooling and all that. So it would have been tough I think if I hadn’t made it.”

Having grown up with a professional racing driver as a father, it’s clear Magnussen feels somewhat conflicted about the appeal motor racing might have for his own child.

“I certainly won’t push her. I’m going to be very careful of encouraging her too. But it’s tough because I love racing and I love a day at the go-kart track, so why would I hide her away from it?

“If she wants to have a go, I would certainly let her have a go and have fun with it. But I think my parents were maybe a little more ambitious on my behalf than I would be.

“I think I’d let her just have fun with it, if she builds up a passion for it and an ambition, then I’ll be right behind.”

Besides the arrival of his daughter, Magnussen’s comeback coincided with Formula 1’s regulations overhaul in 2022 and a return to normality after the Covid-19 pandemic. Nonetheless he had some misgivings about combining his new family life with the relentless grind of F1 competition.

“It’s been pretty good, surprisingly good,” reflected Magnussen. “I think I was a little bit nervous about that situation when I said ‘yes’ to coming back.

“I thought, I wonder how it is? I thought it would be tougher than it is.”

His decision to relocate has proved a somewhat unexpected benefit. “I live in Denmark now, that’s my base and that kind of means that travel a bit more,” he explains.

“But then actually when I’m not somewhere, then I go home and that feels very good, whereas before I lived just to live close to the team or whatever, and I’d have a lot of days [away] because there are tax rules and stuff – you can’t just spend all your spare time in Denmark if [you’re] not paying tax there.

“So it’s easier now that I just have all the freedom to always be in Denmark when I’m off duty.”

Any concerns he might have had were swiftly dispelled by a triumphant fifth place in the first race of the season in Bahrain. However that may have set initial expectations too high, he concedes.

“First race, we got a little bit lucky,” he admits. “We won the ‘best of the rest’ race, but then two Red Bulls had some failures in the last couple of laps, so we got P5. That result looks really, really good.

“Then other races we’ve kind of done as well, but we’ve had reliability issues or the strategy went against us with a safety car that hit us in the wrong spot or something like that, so you don’t have anything to show for it.

“But I think the car has been good very consistently, so at least we had the potential to have good results all the time. We just had this period of four or five races before Silverstone where nothing went right. There’s nothing you can point to.”

With double points finishes in Silverstone and Austria – 10th and eighth respectively for Magnussen – the team looked in good shape. This was despite the fact it hadn’t brought any significant developments for its VF22 since the season began. Magnussen admitted he had been doubtful that waiting until the 13th round of the season to bring any upgrades was the right decision.

“I was sceptical, for sure,” he said. “But fair play, it kind of worked out. It’s certainly not that the reason we didn’t score points was because the car wasn’t fast enough. So having an upgrade earlier in the year wouldn’t have changed anything.”

As the team’s top scorer, Magnussen received the only example of Haas’s upgrade at the last race in Hungary. However contact with Daniel Ricciardo’s McLaren at turn one led to an enforced front wing change which left him 16th at the flag.

Nonetheless Magnussen’s comeback has been a success so far and the potential to do even better in the second half of the season is clearly there. It’s been an astonishing change for the driver whose F1 career appeared to be over less than 12 months ago, yet now appears to have much further to run.

One comment on “Interview: Magnussen on comeback nerves and being a different kind of F1 father”