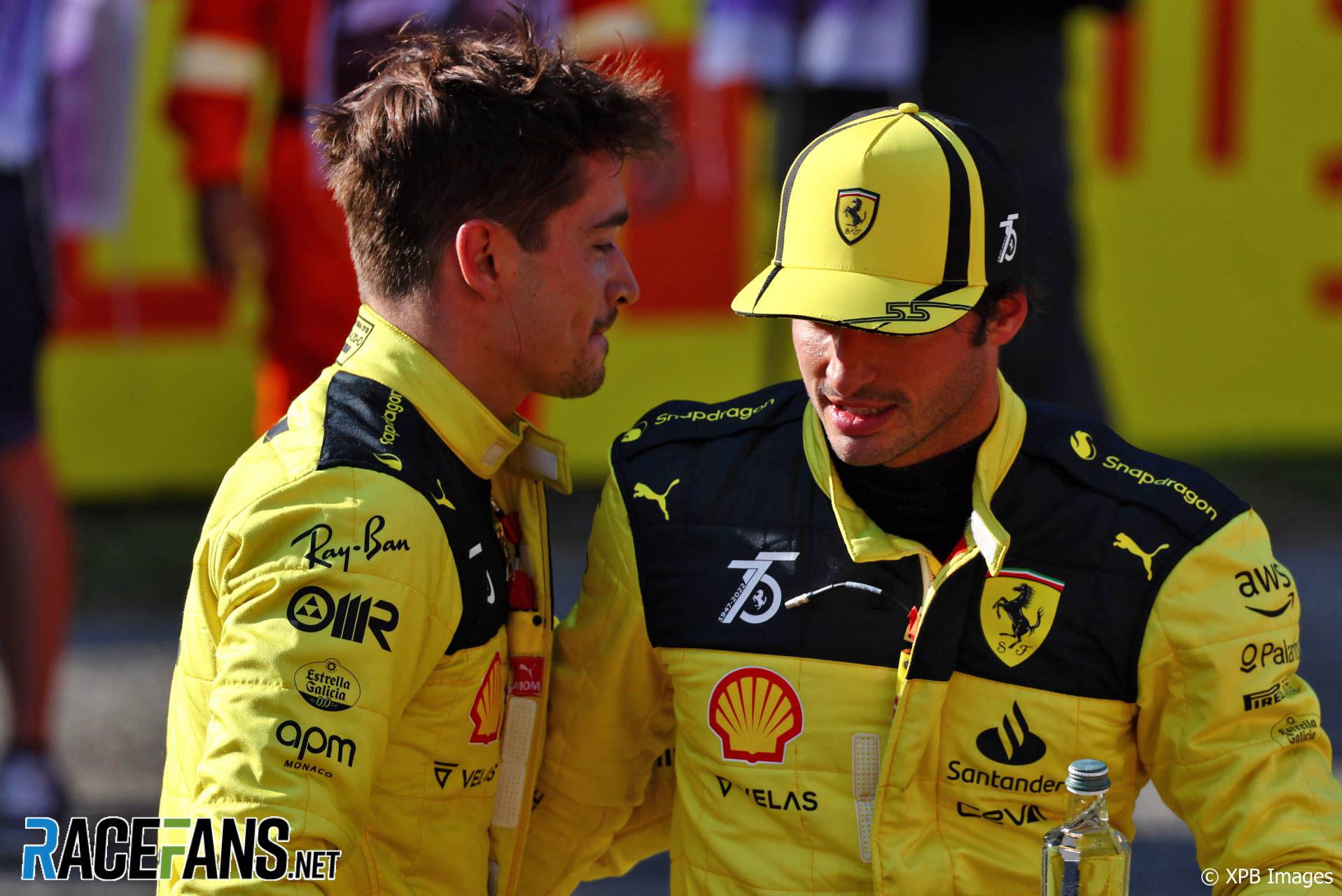 At the beginning of his second season at Ferrari, Sainz admitted he wasn’t entirely comfortable at the wheel of the F1-75. He was out-qualified by Charles Leclerc over a series of races at the beginning of the season, but has drawn closer to his team mate in recent rounds.

Sainz claimed the first pole position of his career at Silverstone and followed it up with another at Spa-Francorchamps. “I think it’s no secret that the last – I don’t want to put a number – but I would say five, seven races have been a lot closer over one-lap pace and I’ve been battling for a lot more pole positions and a lot better qualifying recently.”

He said the gains have come about by altering his driving style and adopting some of the techniques Leclerc has used to take eight pole positions this year – the most of any driver.

“The improvement that I’ve done with the car together with my engineers, trying to get myself a bit more comfortable, trying to change a bit the driving towards what Charles was doing that was exploiting the car to a limit, has also been working well,” Sainz explained. “I’m fighting a lot more and I’m in a much better place.”

Sainz will start today’s grand prix from 18th on the grid due to his engine change penalties. He ended qualifying in third place and said he lost time because he didn’t have the benefit of a slipstream from another car on his final lap.

“It was a good run,” said Sainz. “I had a bit of a messy out-lap because I didn’t manage to find a good tow and I had to slow down a bit before the last corner to see if Lando [Norris] was going through and giving me a tow – but he was clever enough not to do it.

“It’s a shame though, because my lap there, the ‘20.4, I had to [do] without the tow, and around here it’s a bit costly. It was a lap on the limit: everything that I was losing on the straights, I had to pick it back up on the corners.

“I still managed to improve on my Q3 first run lap by quite a bit so it means that in the corners, I must have pushed quite hard. But a bit of a shame not to have the tow to contend for pole there.”

He said his pace in the race is “a bit of an unknown” due to his limited running in practice. “We couldn’t do as many long runs as I would have wished,” he admitted. “And also recently, race pace is a bit of a thing that I want to improve or keep improving.”

“But let’s see [this] and the next races,” he added. “My target is to finish the season strongly, to try and put myself in a good position going into next year.”