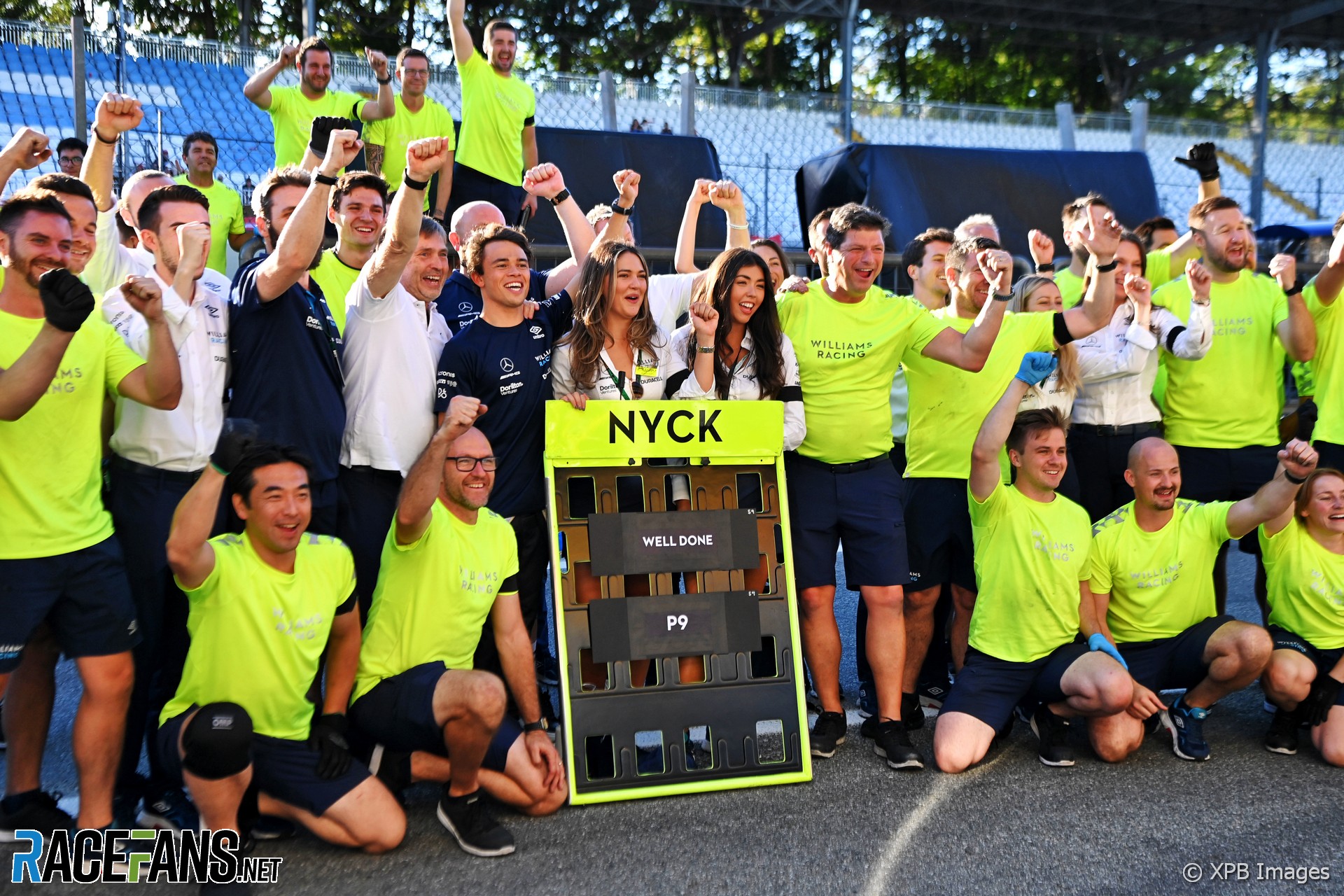 Wolff said Lauda, who was a director at Mercedes prior to his death in 2019, would have doffed his trademark cap at De Vries’ efforts, which yielded a ninth place finish, equalling his Williams team’s best result of the season so far.

De Vries joined Mercedes’ Formula E team after winning the Formula 2 championship in 2019. He became FE world champion with the team last year and made three practice appearances for Mercedes and other teams in F1 this year before being handed the unexpected opportunity to substitute for Alexander Albon at Monza.

After out-qualifying the team’s regular driver Nicholas Latifi on Saturday, De Vries delivered Williams’ fourth points finish of the season in the race. He resisted pressure from Zhou Guanyu despite growing pain in his arms at the end of the race.

Wolff was full of praise for the newcomer’s efforts after yesterday’s race. “I like him,” he said. “He’s just a good young man.

“He’s not only fast, as he’s shown in the junior categories, but he’s also intelligent and a good team player. And that’s why he deserved it today.

“I don’t think that anyone else could have possibly done a better job than what he did. You’re in an Aston Martin you were driving around with a rake and then you were being drafted in last minute in a different car, you’re beating your team mate by quite a margin, starting eighth and you’re finishing ninth. Niki would have taken his hat off as a driver.”

A spate of grid penalties meant De Vries shared the fourth row of the grid with fellow Dutch driver and eventual race winner Max Verstappen, who is three years younger than him. Verstappen said his “great friend” had done an impressive job on his debut.

“I saw him battling in front of me when he was defending 10th at the time,” said Verstappen. “For Nyck to jump in and deliver this performance, it’s definitely not easy at all. I think he did a great job from the things I saw.

“In terms of defending he just kept his cool, didn’t make mistakes and I’m very happy for him to score the points. It’s impressive, of course, in your first race.”

George Russell, who was one of De Vries’ rivals during their karting careers, said he did an “excellent job” at Monza.

“He was always one of the very best and there’s no doubt he’d deserve another place in Formula 1. So that’s just how the sport is. Sometimes there’s 20 drivers, not everybody gets an opportunity but certainly now he’s proved everything he has to.”