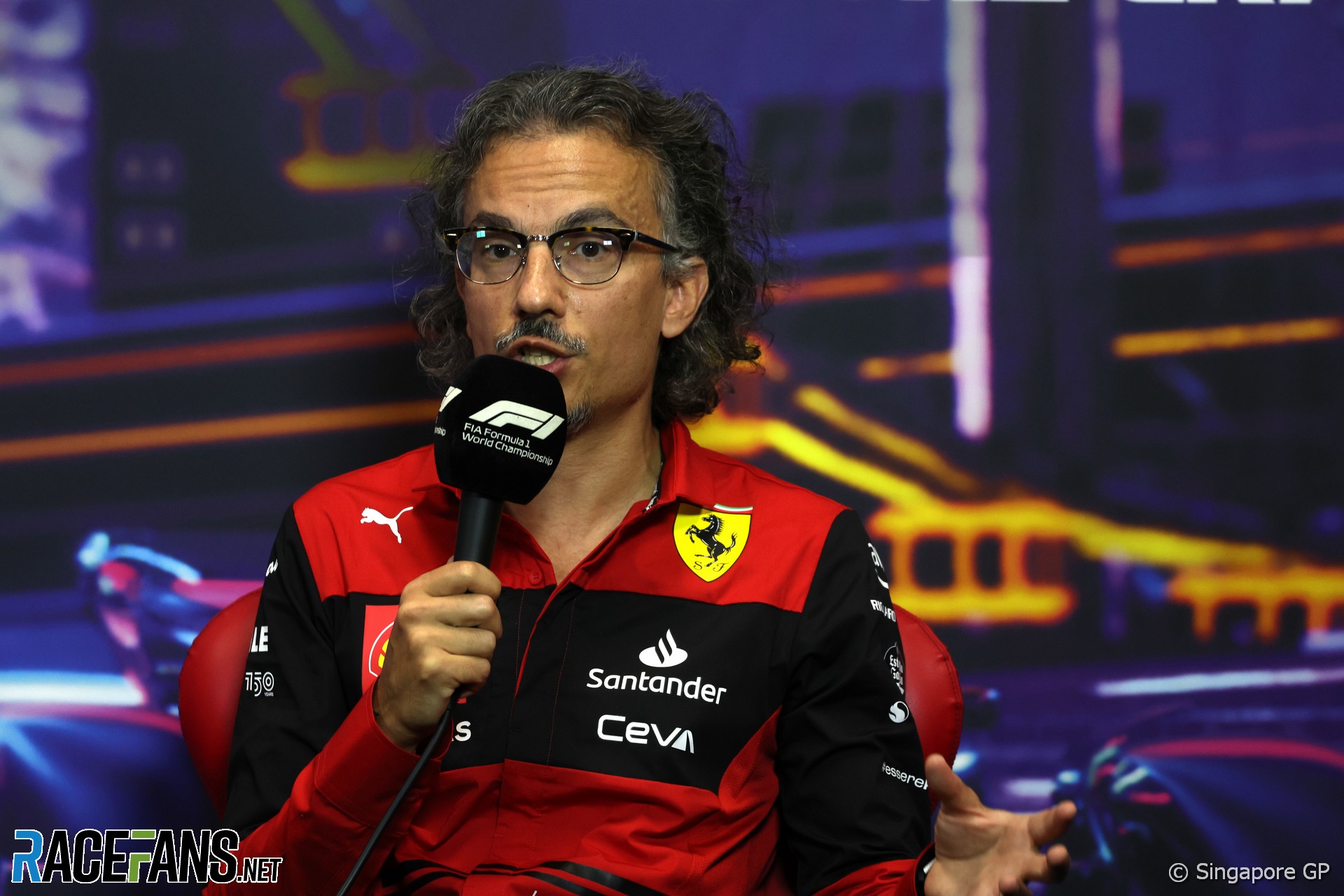 Formula 1 faces “huge” implications if it fails to enforce its budget cap, Ferrari have said, as the paddock awaits a decision on whether teams complied with the spending limit last year.

The FIA is due to issue certificates of compliance tomorrow to affirm teams adhered to the new Financial Regulations which were introduced for the 2021 F1 season. Reports emerged last week claiming two teams are in breach of the rules.

Ferrari and F1’s other leading teams had to bring down their spending and even lay off some staff in order to meet the $145 million cap which was imposed from last season. Any team which over-spent could have obtained a performance advantage last year and potentially this year and in subsequent seasons.

“It is a very vital test for the cost cap,” said Ferrari’s racing director Laurent Mekies. “And, as we said, if we don’t pass that test, it’s probably game over, because the implications are huge.”

The FIA has the power to fine teams, reduce their spending cap in future seasons or even confiscate points from them as punishment. Mekies said before any penalties are applied it is crucial teams share the same understanding of how the rules are applied.

“Should we talk about penalties now? Probably not. I know it’s probably what the people in the grandstands want to see and we respect that. But in fact we are much earlier in the process than that.

“Probably an even more key aspect of it is, is there a breach? Do we agree on the entity of the breach and that, as a result, confirm the rule everybody is obeying?

“So, I think what is very much crucial now is that the FIA fully enforce rules as they are written now. And then after the penalties are a different matter.”

Ferrari are in no doubt about how they feel the rules should be applied, said Mekies. “At least for us there is no question on what is the interpretation of what we have done because it’s been continuous discussions with the FIA. And I think that’s how the process is intended to be.

“Then after, of course, you have that final check that we are talking about now, that we are all waiting for. But in fact, we see very little room for surprises in the way that we have been discussing non-stop in the last two years with them.”

A team can be found guilty of a “minor breach” if it exceeds the cap by up to 5%, which quates to more than $7 million. Over-spending by that much could make a significant different to car performance, said Mekies.

“If you think about the level of constraints that have [been] imposed on the big teams, then you realise how much lap time there is going to be if you don’t strictly enforce them. We’re massively constrained and therefore any million, any leak you allow in the budget cap, is going to turn into a few tenths of seconds on the car.”