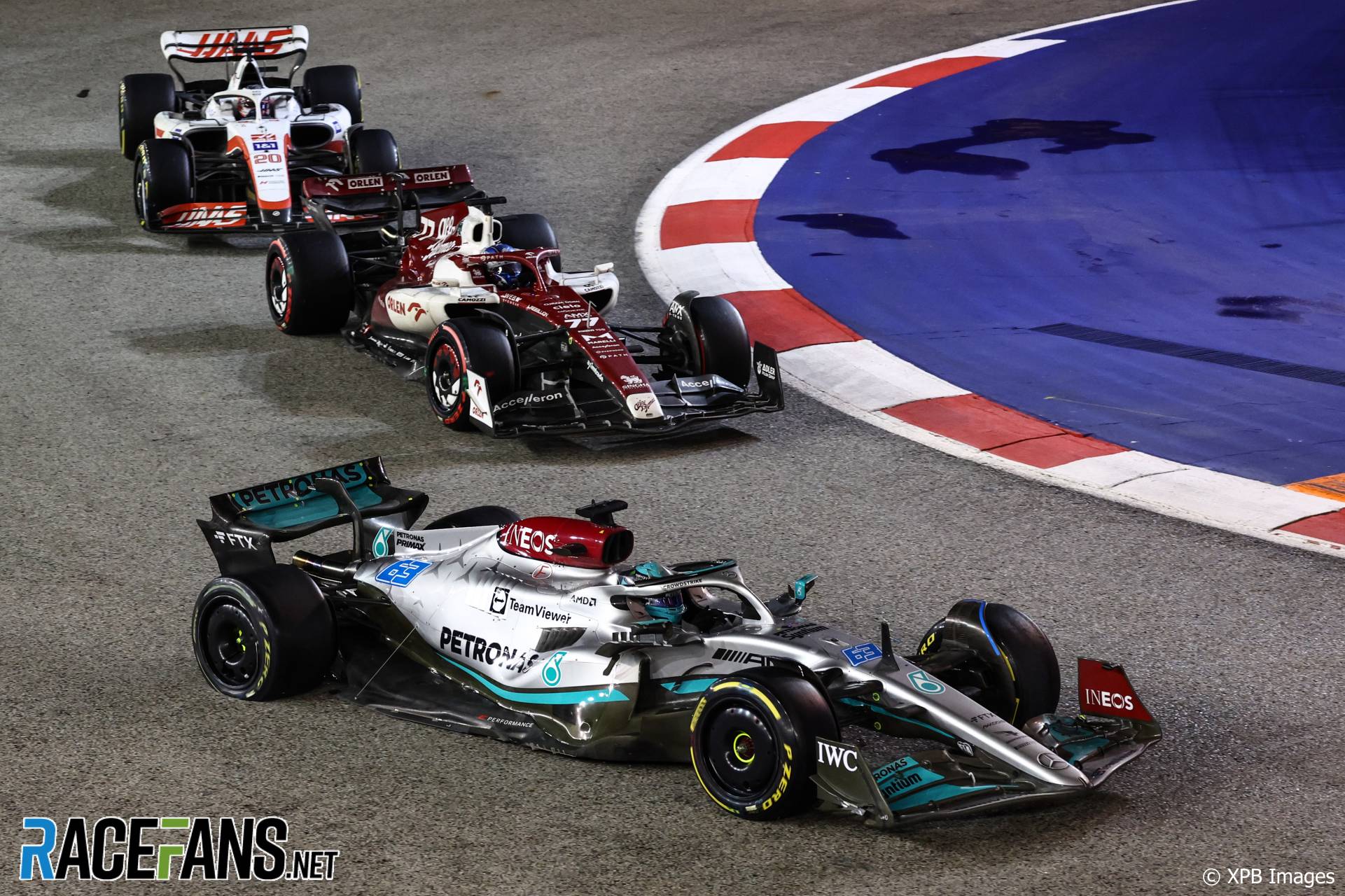 Mercedes had their most competitive car of the season so far in Singapore but failed to capitalise on it, says George Russell.

He said it was “definitely difficult” to make their way forward having started from the pit lane due to a power unit change penalty after failing to reach Q3. “I think it was never going to be straightforward starting from the back in those conditions.”

Russell went off in the wet conditions during the first half of the race on then risked an early change to slick tyres, which did not pay off.

“We made some bold decisions,” he said. “Obviously everything’s easy in hindsight and perhaps [we were] a little bit too risky all in all. But we knew it wasn’t going to be straightforward and that’s what happens when you have a bad qualifying on a circuit like that.”

Hamilton showed the team’s potential by qualifying just five-hundredths of a second off pole position. Russell said the car’s performance on the high-downforce track came as no surprise given their recent performances.

“It is sort of in line with what we expected,” he said. “I think these races, especially post-summer break, we’re getting a really clear trend of where our car is working well, where it’s not working well and that’s giving us a really clear development direction to go down.

“So I think it is a shame for us as a team to have not capitalised on that race weekend. I think we all felt that, but for sure there’s still a lot of positive signs to take away, especially that we really struggled on street circuits at the start of the year and arguably, that’s probably the fastest race weekend we had last week.”

Russell is hopeful the team will show a similar level of performance at Suzuka. “I’d love for it to be as competitive as it was last weekend but I think it’ll be a little bit more of a struggle,” he said.

“I think Ferrari have been very fast in the medium-high speed corners this year. The Red Bulls have been really slippery down the straights, which obviously with only the one DRS zone here, they’ll probably be in a good place as well.

“So it’s not going to be straightforward. But I think we always show quite good pace on a Sunday, so there’s no reason why we can’t be in the fight.”