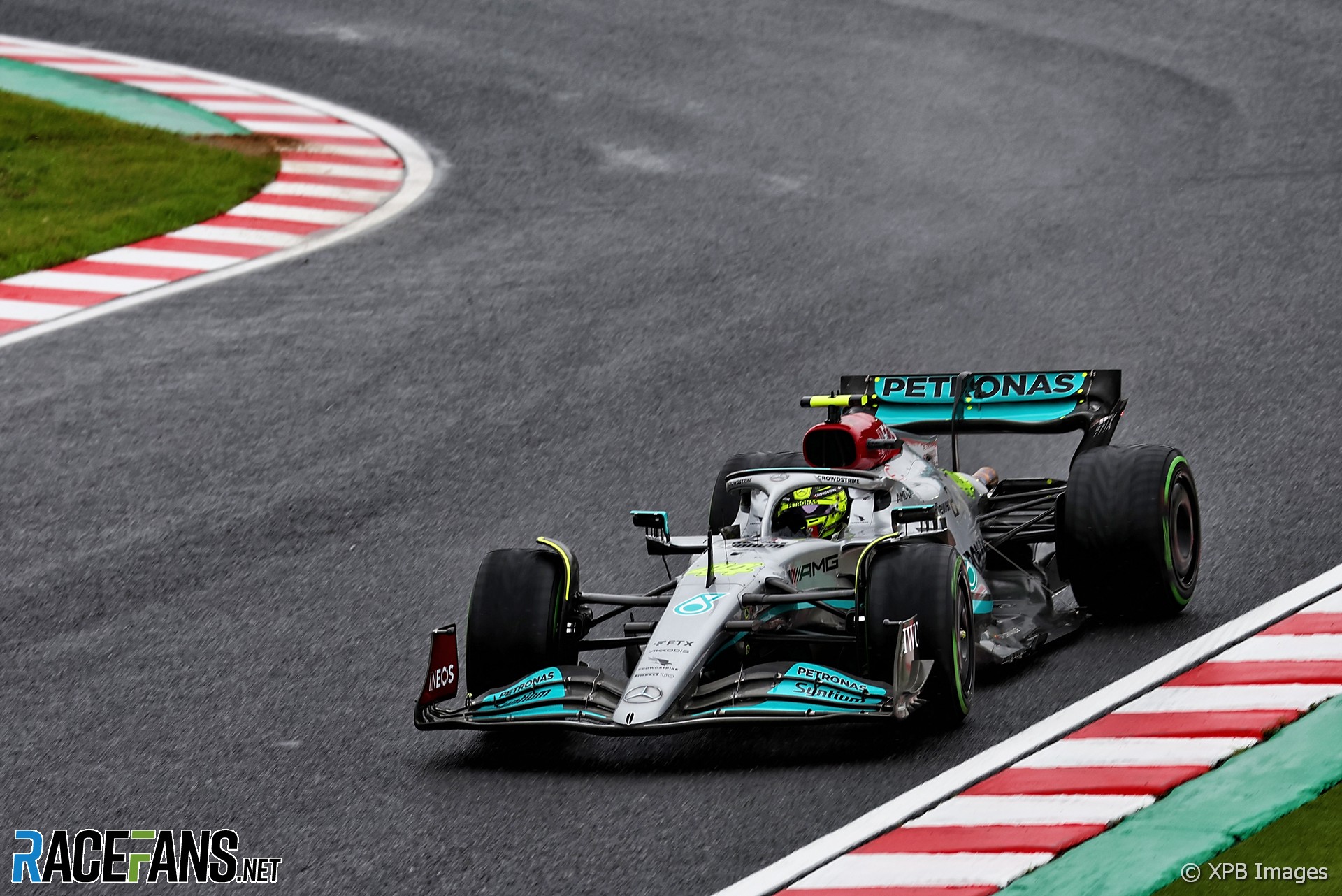 Mercedes ended Friday’s wet Japanese Grand Prix practice sessions in the top two positions but Lewis Hamilton suspects the team won’t be able to stay on top when the conditions dry out.

The Mercedes pair ended Friday’s running at a wet Suzuka on top of the times. George Russell was quickest of all with a lap of 1’41.935, which put him eight-tenths of a second quicker than the Red Bull pair.

“We got through a bit of running, but I think it’s going to be dry for the rest of the weekend,” he said.

“If we get it to the dry I imagine the Ferraris and Red Bulls will be quite quick,” he added. “But I really have no idea. I hope that we’re fast but that’s a hope that continues to be the case each week.”.

However he said the team were able to make good use of the extended running at Suzuka today, after an extra half-and-hour was added for a tyre test which did not go ahead.

“On the positive side we were able to switch our tyres on today so we didn’t look slow. So that’s good.”

Russell led Hamilton in a one-two for the team in the second practice session. But he is also unsure they’ll be contenders for pole position if Saturday is dry.

“We think it’s going to dry tomorrow,” he said. “So I think we’ll be fighting as always for the top six positions. I hope we can have a shot at something better, but I truly don’t know.

“We’ll have to wait until FP3, that’ll be a crucial session for everybody and try and fight for a good position.”

He admitted the wet running on Friday is “probably not going to be that representative for this weekend – but definitely good learnings for the future.”

“There’s a chance on Sunday that it could be wet but it looks pretty dry tomorrow. Nevertheless it’s always nice to end the day topping the times sheets and definitely made some improvements from FP1 as we were at the bottom of the times sheets.”