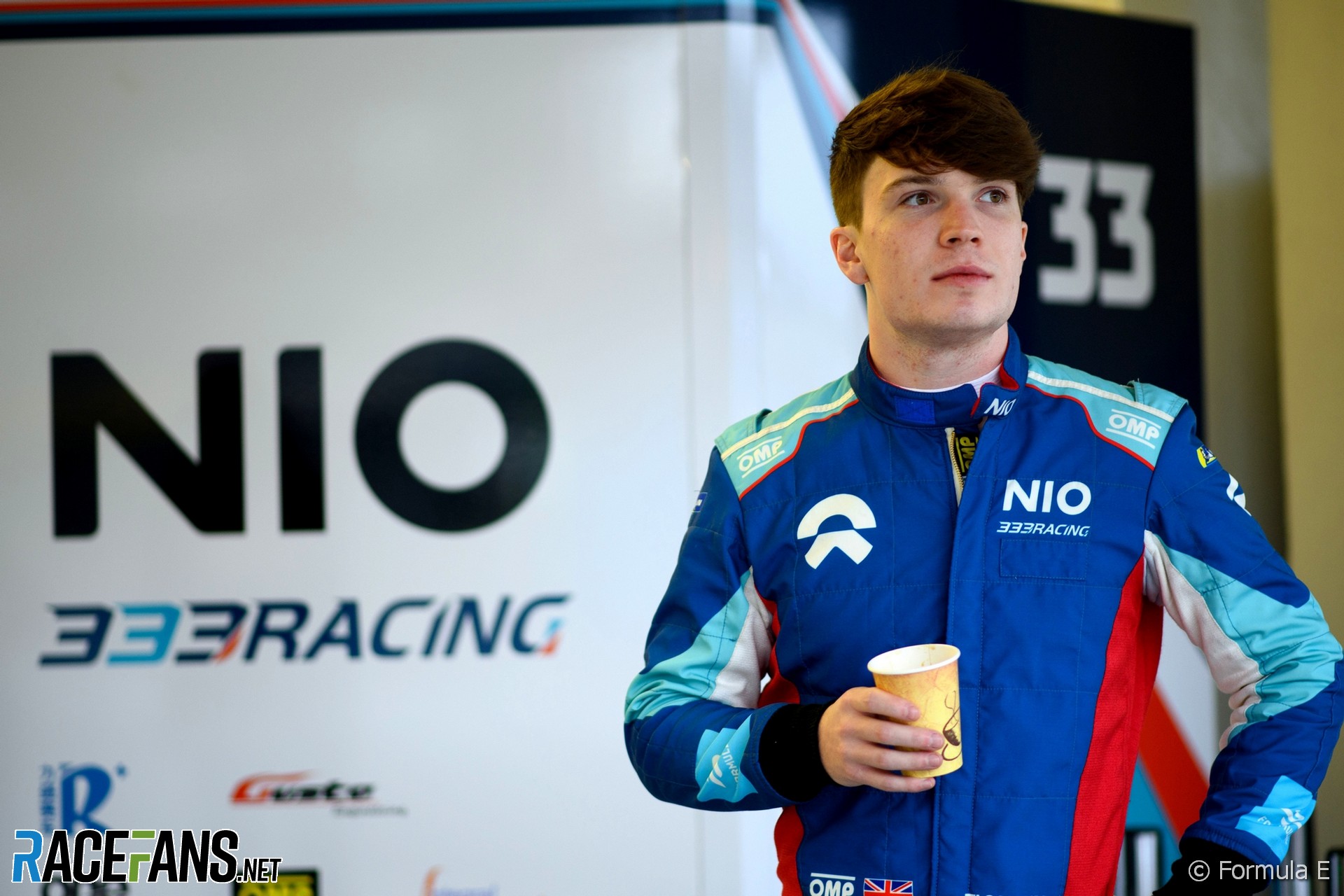 NIO 333 have completed their line-up for the 2023 Formula E season by retaining Dan Ticktum, leaving the team’s long-term driver Oliver Turvey without a seat

Ticktum was signed to partner Turvey for the 2022 campaign. The former Red Bull and Williams Formula 1 junior finished 21st in the championship standings with a single points finish achieved in the Rome E-Prix.

His contract extension into the start of FE’s ‘Gen3’ era was announced in a social media post from NIO. Ticktum said: “As expected, back here at the NIO headquarters. Just about to do a seat fit, been in the car a couple of times, a big step forward from the Gen2, I’ve really enjoyed it so far, I have to say. And I’m just really looking forward to getting cracking with this new era of electric racing.”

Ticktum’s team mate for his second season in Formula E will be Sergio Sette Camara, who has joined NIO after two-and-a-half seasons at the Dragon team.

Turvey, who has been a long-time McLaren Formula 1 test driver alongside racing for NIO since 2015, has been tipped to join McLaren’s new FE programme. Jake Hughes, who raced in Formula 2 this year, is also in contention for the team’s vacant seat.

Ticktum came to FE after two years in F2, before which he raced in Super Formula but lost his seat mid-season. During his junior single-seater career he won the Macau Grand Prix twice and came second in the FIA European Formula 3 championship.