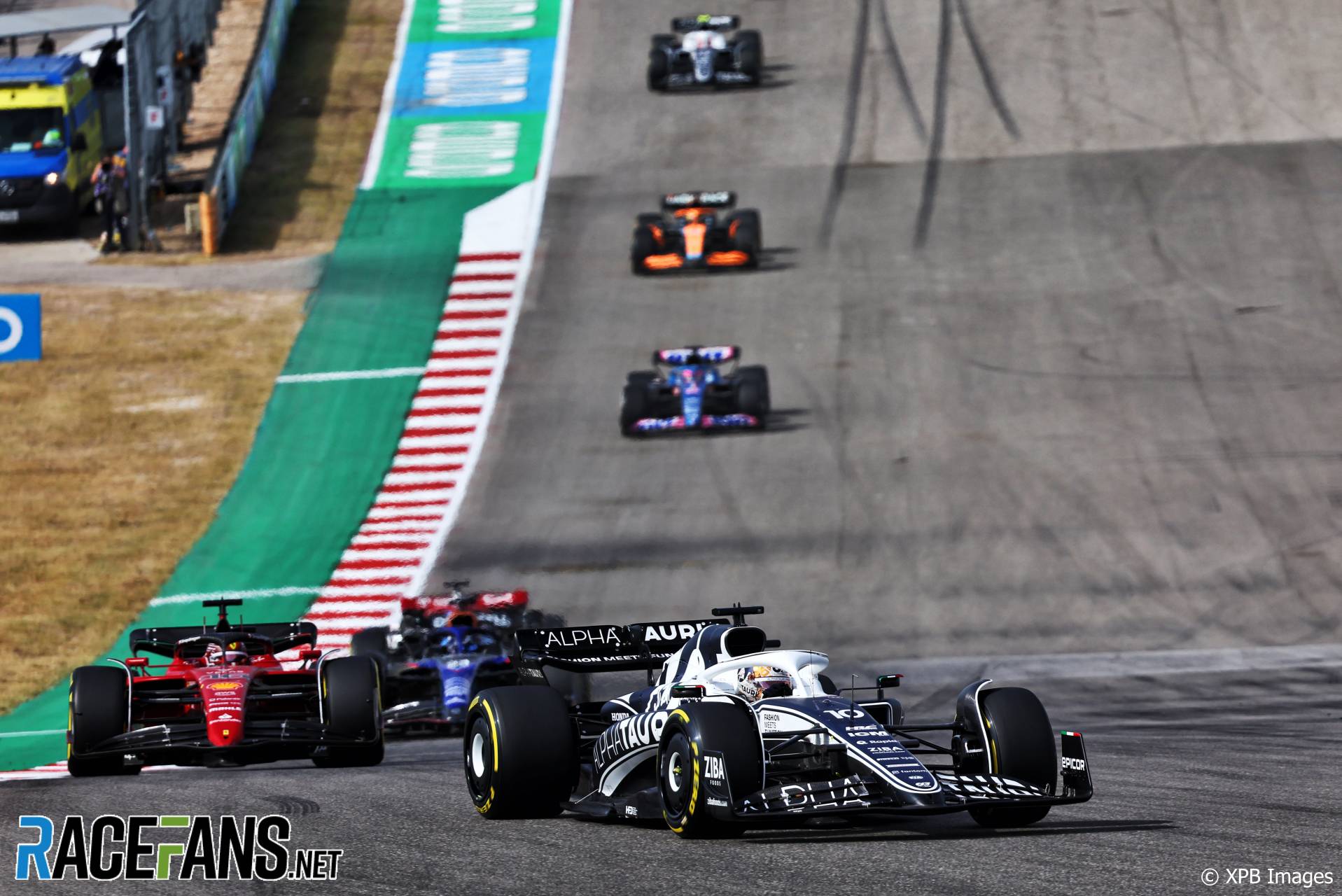 Pierre Gasly has reached nine penalty points on his licence again after picking up two for the second race in a row.

The AlphaTauri driver reached nine penalty points, three short of an automatic ban, at the previous race in Japan when he transgressed by speeding under a red flag. Two points he incurred last year then expired, putting him back down to seven.

However Gasly picked up another two penalty points in today’s race. He is not due to drop any more until May next year, meaning he will begin the 2023 season with his new team Alpine with at least nine penalty points on his licence.

The AlphaTauri driver was also given a five-second time penalty. The stewards deemed they failed to serve this correctly at Gasly pit stop as they raised his car from the ground too soon.

“The front wheels were lifted at 4.54 seconds and rear wheels at 4.8 seconds,” they noted. “This is a breach of the regulations, however not significant enough to warrant disqualification. As this was a team error, no driver penalty points are allocated.” Gasly was given a further 10-second penalty which was added to his total race time.

Gasly was one of six drivers to receive penalty points after today’s race. Nicholas Latifi collected two for colliding with Mick Schumacher, the stewards ruling he forced his rival off the track. George Russell was also given two penalty points for his collision with Carlos Sainz Jnr. The stewards said the Mercedes driver was “wholly to blame for the collision.”

Another driver involved in a collision, Lance Stroll, picked up two penalty points and a grid drop for the next race.

Two other drivers collected single penalty points. Schumacher received his for repeated track limits violations, the stewards noting he left the track “without a justifiable reason four times” during the race. Alexander Albon was given the same for leaving the track at turn 12 and rejoining while keeping his position ahead of a rival.