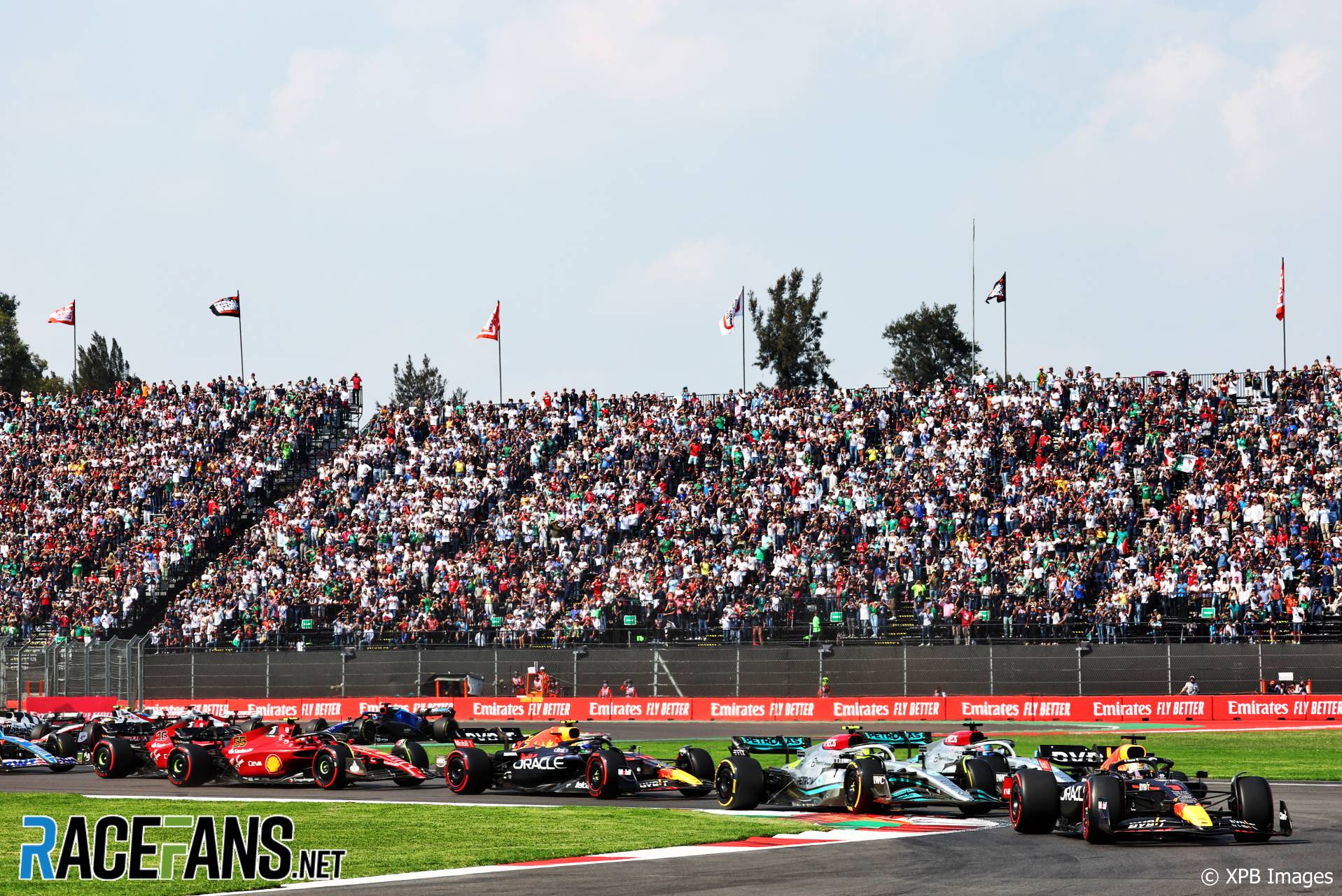 George Russell believes he could have finished second in the Mexican Grand Prix had he not lost positions to Lewis Hamilton and Sergio Perez at the start.

The Mercedes driver started on the front row alongside Max Verstappen and pulled alongside the Red Bull on the run to turn one. But he fell in behind his rival and lost out when team mate Hamilton passed him into turn three. Sergio Perez then demoted him under braking for turn four, leaving Russell fourth, where he finished.

Russell told media including RaceFans that losing those two positions at the start likely prevented him from finishing second behind winner Verstappen.

“I knew I wouldn’t have been able to overtake Max on the outside, but having Lewis on the inside I didn’t want to be too aggressive – obviously being my team mate,” Russell explained.

“Ultimately, that cost me and caused me to lose two positions. So ultimately if I managed to maintain position, I probably would have finished second today.”

Russell admitted that he was more cautious with his team mate through the opening corners than he would have been had he been racing against any other driver in the field.

“I think it was more in turn one, to be honest, I would have ordinarily just chopped across,” he explained. “Or in turn two, I would have ran the driver wide. But that’s way the game works sometimes. I’d like to think it would have been the same had it been the way around – maybe, maybe not. I’m not too sure.”

His first-lap collision with Carlos Sainz Jnr a week earlier was also on Russell’s mind.

“I’ve had a bit of a scrappy last three races. Too many incidents, too many mistakes. That was probably a factor of taking it too cautiously. There’s a balance in there somewhere.”

Russell switched onto the hard tyres for his second stint and was heard regularly questioning his team’s strategy call over team radio during the race as he lost ground to the Red Bulls ahead. Despite missing out on a podium, he says there were “lots of positives to take away from the weekend.”

“It would have also been interesting to see how we performed had we started on the soft and gone to the medium,” Russell said. “Or even if we extended the medium and went to the soft at the end – that was what I was pushing for in the car. Everything’s easier in hindsight.”