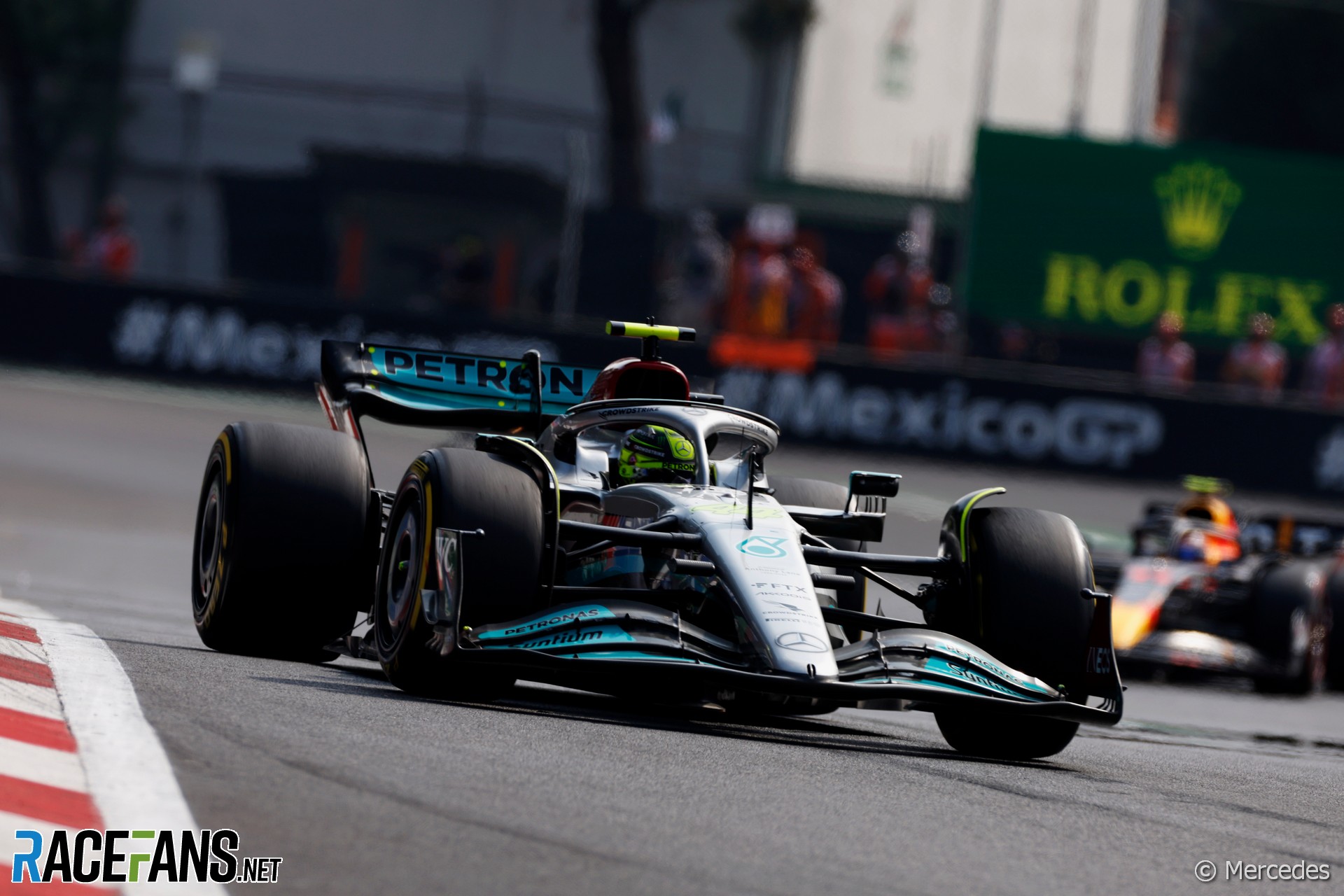 Hamilton qualified third despite his engine briefly cutting out at times. The problem recurred in the race, where Hamilton finished second, and team mate George Russell also experienced delays in power delivery.

Mercedes revealed the problems arose due to difficulties in optimising due to the unique conditions of the high-altitude Autodromo Hermanos Rodriguez in Mexico City, which sits 2,285 metres above sea level.

“You generally map the engine for the conditions it is most used in which is sea level,” explained Vowles in a video released by the team. “That’s where most of the racing takes place.

“When you suddenly go to these levels of altitude you are in a very different condition and instead of having an engine that is really highly-tuned you are back into a condition where you have to do lots of work with the power unit in a very short space of time to try and map out these irregularities. I am confident all teams will suffer this, it won’t be unique to ourselves.”

The problem was particularly acute in qualifying, where it began to emerge on Hamilton’s car at the end of Q2. That, plus a mistake on his first lap in Q3 which led to his lap time being deleted for a track limits infringement, saw Hamilton slip to third on the grid having been quickest in the first two stages of qualifying.

“It’s typically accentuated in qualifying because you are very quickly and rapidly applying the throttle pedal which means that the turbo and fuelling systems need to keep up with that change very quickly,” Vowles explained.

“Normally it’s better in the race. We were hoping that the race would not be as bad and it comes from a factor when the drivers are requesting throttle and picking up throttle it was simply not delivering the power they request quick enough, so [not] enough fuel or enough air.

“It can be tuned out in time and where we got to in the race wasn’t a bad position, I think qualifying was worse. But still enough to cause a small amount of performance loss for both drivers.”