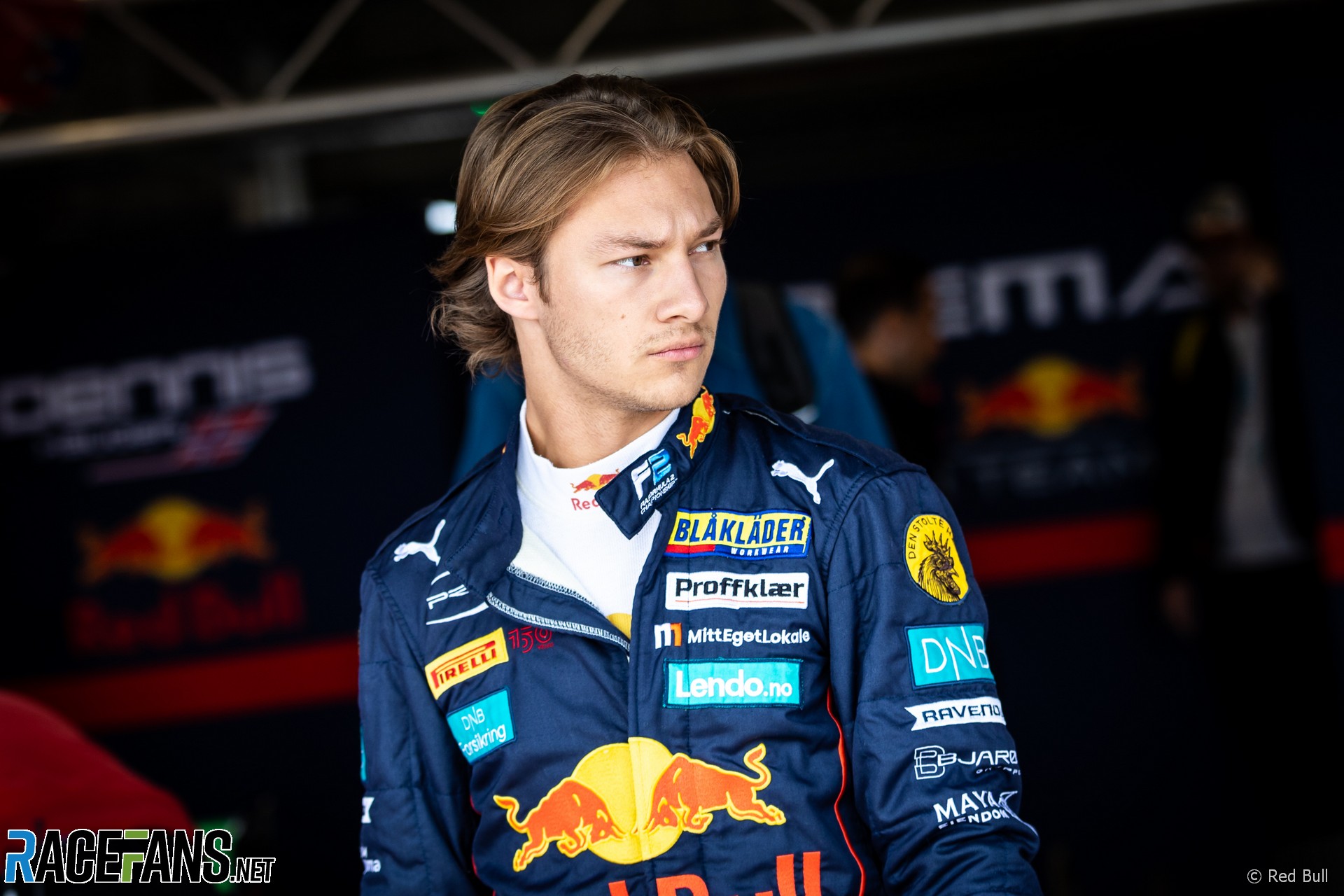 Red Bull junior driver Dennis Hauger will move to MP Motorsport for the 2023 Formula 2 season, the team has announced.

The 2021 Formula 3 champion, who has been a member of Red Bull’s young driver development programme since 2017, will leave the Prema team with which he is currently competing in F2 following the final round of the season in Abu Dhabi later this month.

MP took Felipe Drugovich romped to this year’s F2 drivers’ title, which he won with a round to spare. They can clinch the team’s title in the Abu Dhabi finale later this month, but are in a close fight with rivals ART, the two tied on 281 points each.

Hauger will participate in the post-season test at the Yas Marina circuit in the days after the end of the Abu Dhabi round in his first action with his new team, running all three days. He is excited to join the team that has proven so successful this year.

“MP have been the revelation of this season, consistently producing a great car for every round of the season,” said Hauger.

“We have recognised that, and it’s wonderful news that we have been able to make the deal work. I’m looking forward to working with the team, starting at the Abu Dhabi test, which I hope will be our jump start to a very successful 2023 season.”

Hauger is currently in 11th position in the F2 standings on 98 points having taken two wins at the Monaco sprint race and the feature race in Baku. Hauger won last year’s FIA Formula 3 title at his second attempt in the series following a switch from Hitech to Prema.

MP team principal Sander Dorsman welcomed the signing of the Red Bull junior to the team for the 2023 campaign.

“His 2021 Formula 3 title year is still fresh on my mind – he [took] no prisoners and was truly outstanding,” Dorsman said.

“With the knowledge and experience that he has gained in his F2 rookie season, I’m positive that he will translate those into consistent pace-setting form and more results like the ones he produced at Monaco and Baku this year.”

Red Bull team principal Christian Horner recently admitted he had expected more from Hauger, one of their four juniors in F2, in his debut in the category. “Dennis Hauger has been a bit underwhelming in F2 after such a dominant year in F3,” Horner said. “But, again, how much of that is him? How much of it is his equipment?”