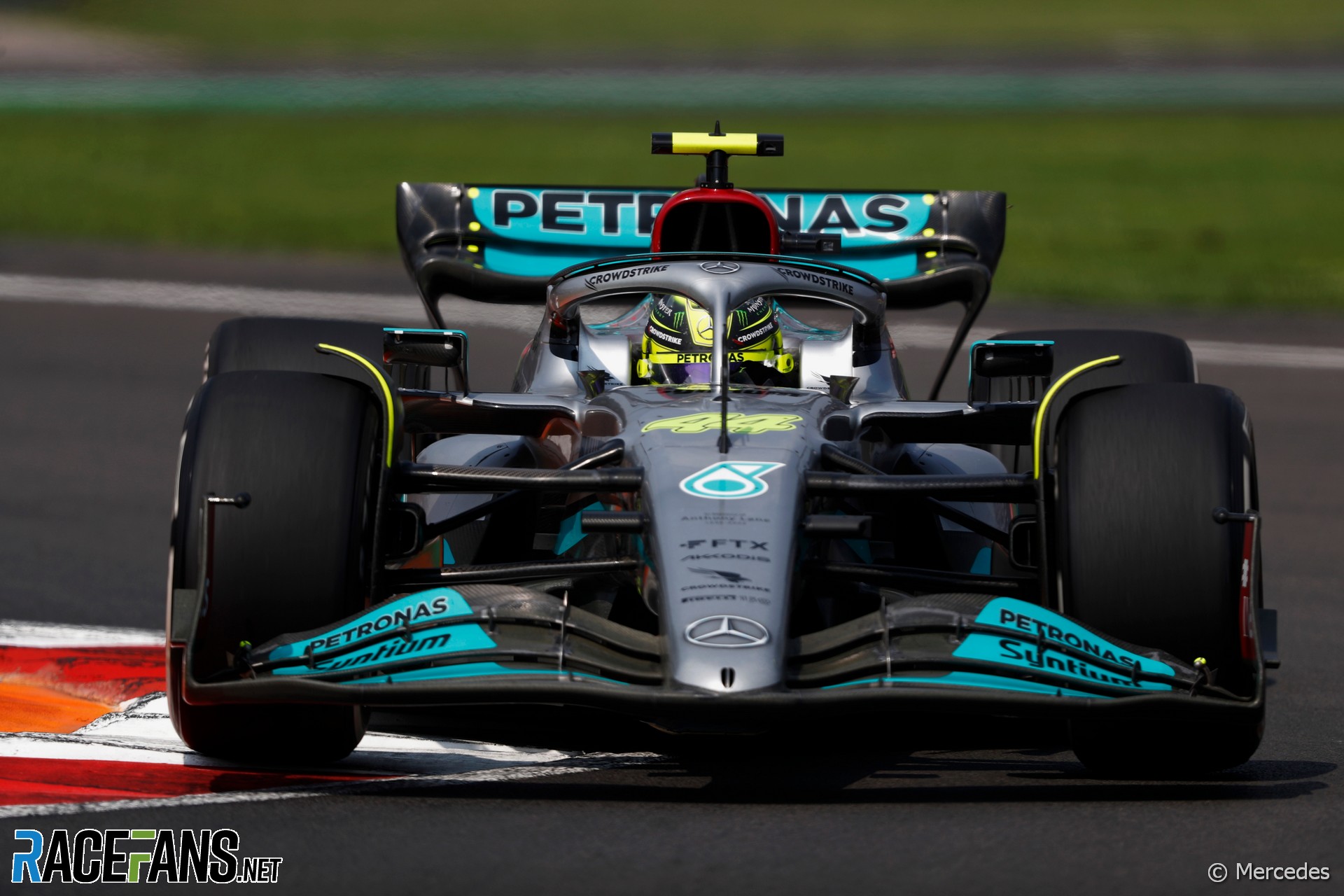 Mercedes’ trackside engineering director, Andrew Shovlin, says the team’s downturn in form at the start of the 2022 season came as “a bit of a shock” to Lewis Hamilton.

The team became the dominant force in Formula 1 when the sport introduced its V6 hybrid turbo power units in 2014. It won all eight constructors’ championships between 2014 and 2021, during which time its drivers Hamilton and Nico Rosberg won seven titles. Over the same span, Mercedes won 111 of the 160 grands prix held, with Hamilton accounting for 81 of them to become Formula 1’s most successful ever driver.

With the introduction of new ground effect cars for the 2022 season, however, Mercedes fell behind Red Bull and Ferrari as they struggled with excessive aerodynamic porpoising and bottoming out with their aggressive W13 chassis. After the first 20 of 22 rounds this year, Mercedes are currently without a race win, have taken only a single pole position in Hungary with George Russell, and are on track for their fewest podium finishes of the V6 turbo era.

Mercedes have improved their performance over the course of the season, with Hamilton taking second place behind Red Bull’s Max Verstappen at the last two rounds in the United States and Mexico. However, Shovlin says Mercedes’ lack of performance at the start of the season took some getting used to for the team’s champion driver.

“Lewis is always working hard, super-motivated and desperate to try to win,” Shovlin explained. “I think going from the competitive position that we’ve had in the preceding years, to a really difficult car at the start of the year, was a bit of a shock for him.

“[It was] also a bit of an adjustment for us to get used to effectively racing in the mid-pack for a lot of the early part of the year – having to make a lot of compromises with the car to try to get the best out of it and then learning at the same time. But I think, the same as us as a team, Lewis can also see that we’re definitely going in the right direction.”

With Mercedes catching up with their rivals as the season progressed, Shovlin says the team know what they must do to get back to the front next year.

“We can see a clear route to getting back to a point where we can challenge for pole positions and wins,” said Shovlin.

“You can see with Lewis’ commitment to the team that’s increasing the closer we get, and his commitment to putting in the work on his side to try and help us achieve those goals.”