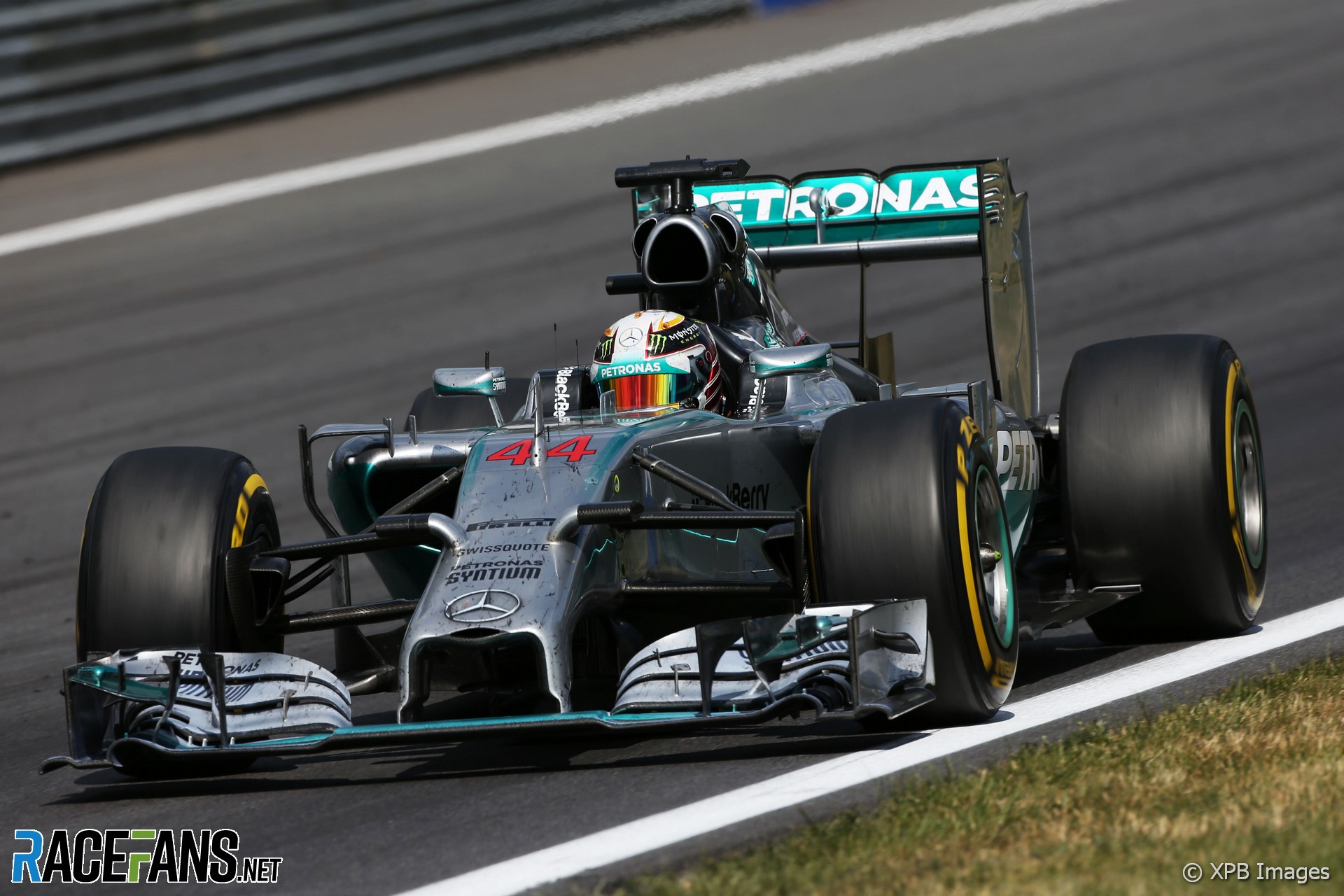 Lewis Hamilton has explained how his team’s signature “hammer time” radio message originally came about through an exchange with his race engineer Peter Bonnington.

Bonnington – ‘Bono’ – has been Hamilton’s race engineer since the driver joined Mercedes in 2013. During his title-winning 2014 campaign Bonnington’s use of the phrase “hammer time” as an instruction for Hamilton to be on full attack became a regular feature of their radio chatter.

It remained a frequently heard radio message in the subsequent years as Hamilton continued to win races and titles. But it has been heard less frequently during 2022 as Mercedes’ slump in form left them out of contention for victories for much of the year.

The expression comes from MC Hammer’s 1990 hip-hop track ‘U Can’t Touch This’. Hamilton recalled how he came up with the idea to use it as Bonnington’s signal for Hamilton to push to the maximum.

“I think I came up with hammer time,” he said. “Because there was a point where he was like ‘now it’s time to push’. And I got frustrated with him, because I’m like ‘dude, I’m already pushing’. But I was like, if you’re trying to signify that now’s the time to go all-out, use everything you have, I said ‘just tell me it’s hammer time’.

Since they teams up at Mercedes together, Hamilton and Bonnington have delivered a total of six world championship titles.

“I’m incredibly grateful for Bono,” said Hamilton. “I’ve had an amazing journey with him.

“I think we’ve got one of the longest, if not longest standing driver-engineer partnerships that there’s been, and he’s been hugely integral to my success. We’ve had an amazing journey together, we’ve supported each other on and off track through good and bad times.”

Hamilton describes Bonnington as one of few people who’s able to put up with him, along with his pet dog Roscoe.

“I love working with Bono, he’s like a brother to me – a brother from another mother. I think he’s probably one of the few people that can truly stand me, I would say, on the good and bad days, except for Roscoe.

“What he is able to do, how calm he is able to be throughout the race, and how he’s able to help guide and help me navigate through a race, I don’t think there’s many people that could do that.”

Their partnership will continue into an 11th season next year, and Hamilton plans to be on the Formula 1 grid longer than that.