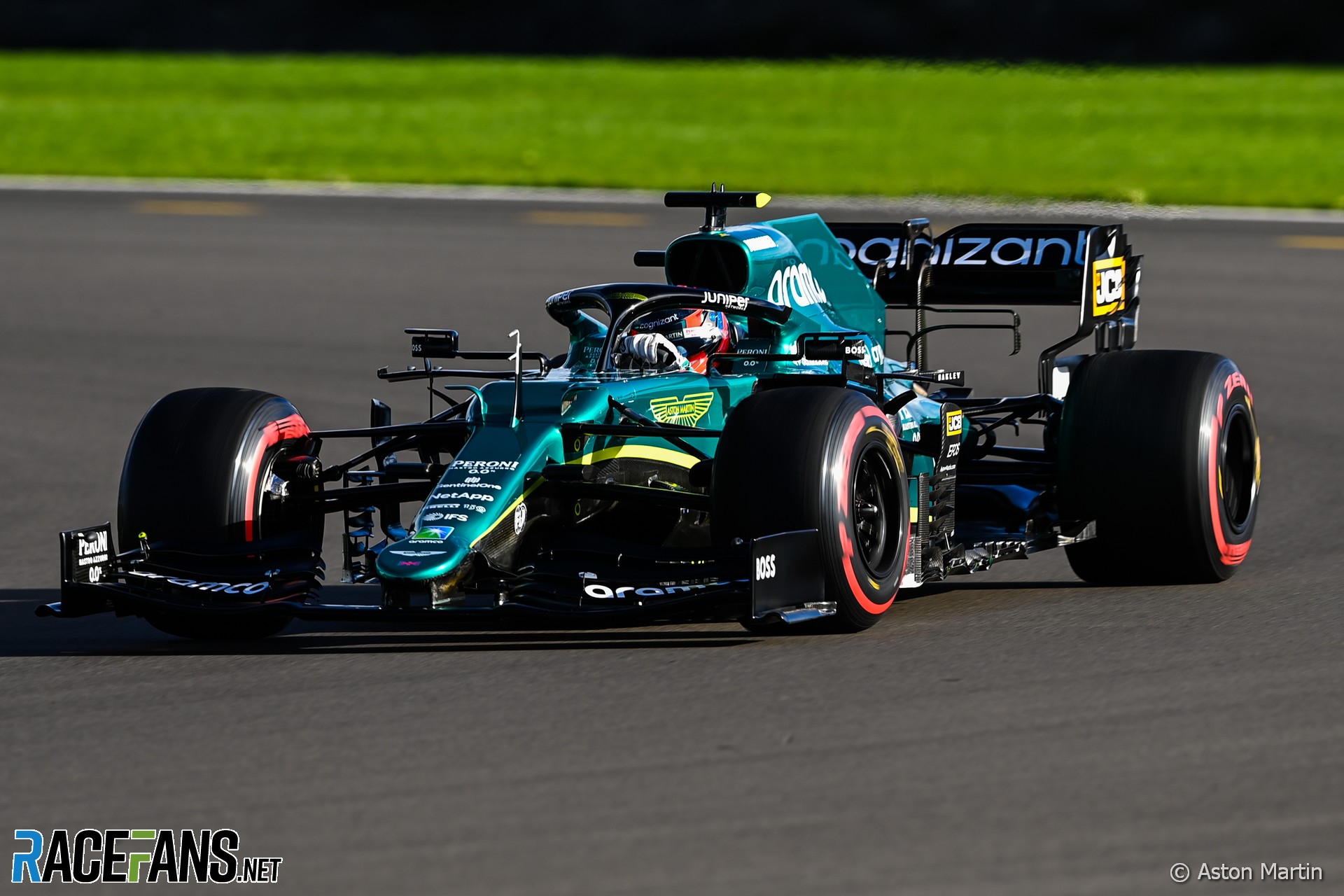 Drugovich, who has already clinched this year’s Formula 2 title, drove the team’s 2021 car. He is due to drive their current car in practice for the Abu Dhabi Grand Prix next week, where he will take over Lance Stroll’s chassis during first practice.

The home of the British Grand Prix presented a mix of conditions for Drugovich, rain falling during the course of his test. Nonetheless he said it was “amazing to have my first experience of a Formula 1 car.”

“I learned a huge amount and we did all the necessary work and mileage to be ready for Abu Dhabi,” said Drugovich. “The weather was a bit tricky, but we did quite a few laps on the dry tyres before running on the wet tyres at the end of the day.

“The performance of the car was so impressive: the smoothness of the gearshifts, for example, and the lateral grip means you can carry so much speed into the corners. I really enjoyed the day, it was my first chance to start working properly with the team at the track.”

Team principal Mike Krack said the 22-year-old “did an excellent job” in the test. “He quickly adapted to the car and the changing conditions, and was on the pace after just a handful of laps.”

“He is an intelligent driver, worked well with the engineering team, and impressed us with his professionalism, performance and feedback,” Krack added.