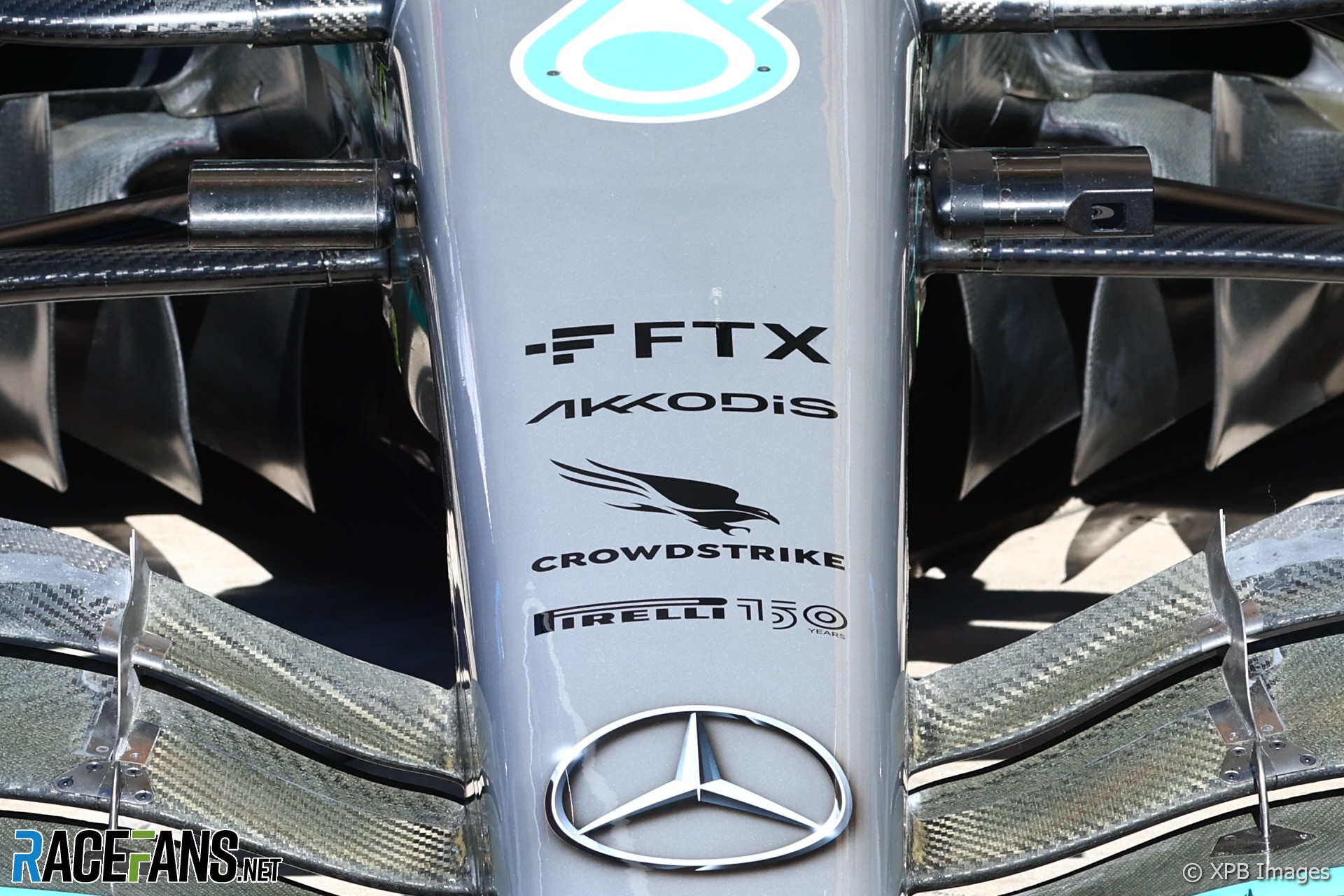 Mercedes’ cars will no longer carry the logos of cryptocurrency brand FTX this weekend after the team suspended its sponsorship deal with the troubled company.

The cryptocurrency exchange experienced a sudden drop in value as users withdrew billions of pounds from it this week. A rescue deal involving another exchange, Binance, collapsed two days ago.

FTX states on its website it is “currently unable to process withdrawals” and they “strongly advise against depositing”.

Now Mercedes has confirmed it will not promote the brand on its cars this weekend. “As a first step, we have suspended our partnership agreement with FTX,” a spokesperson told RaceFans. “This means the company will no longer appear on our race car and other branded assets from this weekend.

“We will continue to monitor closely the situation as it evolves,” the spokesperson added.

Mercedes’ deal with FTX began in September last year and was intended to “span multiple race seasons”. The team has carried FTX logos on the nose, rear wing endplates and cockpit surrounds of its W13. It added eye-catching graphics at the Miami Grand Prix to promote the launch of its range of Non-Fungible Tokens (NFTs) in conjunction with FTX.

Mercedes has also displayed FTX’s logos on its drivers caps and its other branded presences in the paddock.

The team removed the logos of another sponsor for different reasons less than 12 months ago. Mercedes ended its association with insulation manufacturer Kingspan after the Saudi Arabian Grand Prix, following criticism from a group representing the victims and survivors of the Grenfell Tower fire.