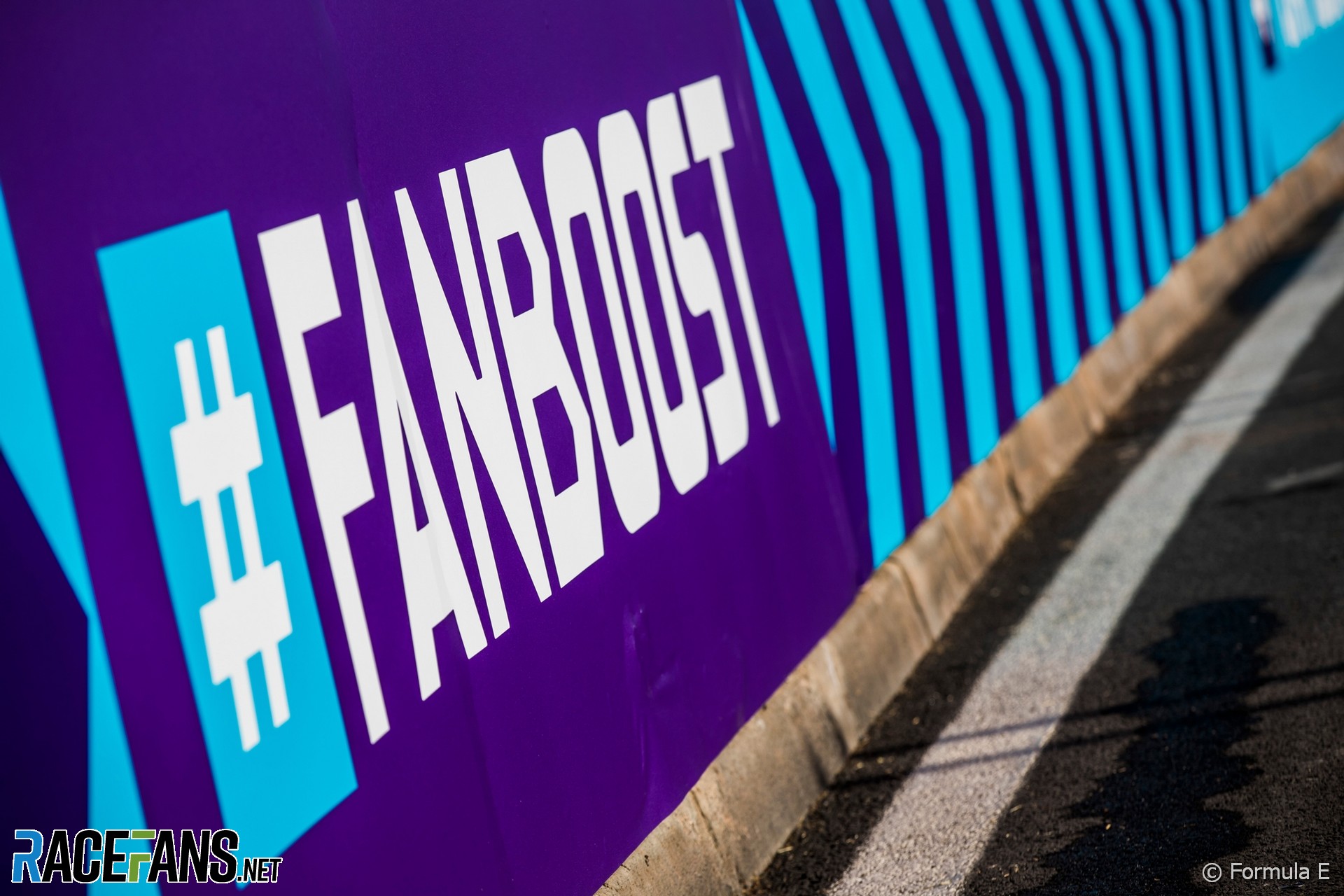 Formula E has dropped the Fanboost overtaking aid which has been a feature of the all-electric championship since its launch in 2014.

Fanboost allowed a selection of drivers, chosen by a poll of fans, to use extra power during the race. The removal of the long-standing and often criticised innovation was confirmed as part of a package of new rules which will come into force for the series’ 2023 season, the first under its new ‘Gen3’ formula.

The series will also introduce a new feature called ‘Attack Charge’ at a limited number of rounds next season. This will enhance the existing Attack Mode where drivers must run off-line at a specified point on the track during the race in order to activate a higher-power mode on their cars.

The Attack Charge rules will require drivers to make a mandatory pit stop, lasting 30 seconds and to be taken during a specific window during the race, in order to unlock more powerful Attack Mode periods. These will increase the cars’ power output from 300kW to 350kW.

Attack Charge will be made possible by the use of a new battery capable of receiving a 4kWh charge in 30 seconds. Formula E calls this “the most advanced [electric vehicle] battery in the world today.”

Formula E will also return to running distance-limited races set by laps, rather than being time-limited next year. However the race length may still be increased in response to Safety Car and Full Course Yellow periods.

The series will also adopt F1’s rule requiring teams to run inexperienced drivers in at least two first practice sessions over the course of the year.