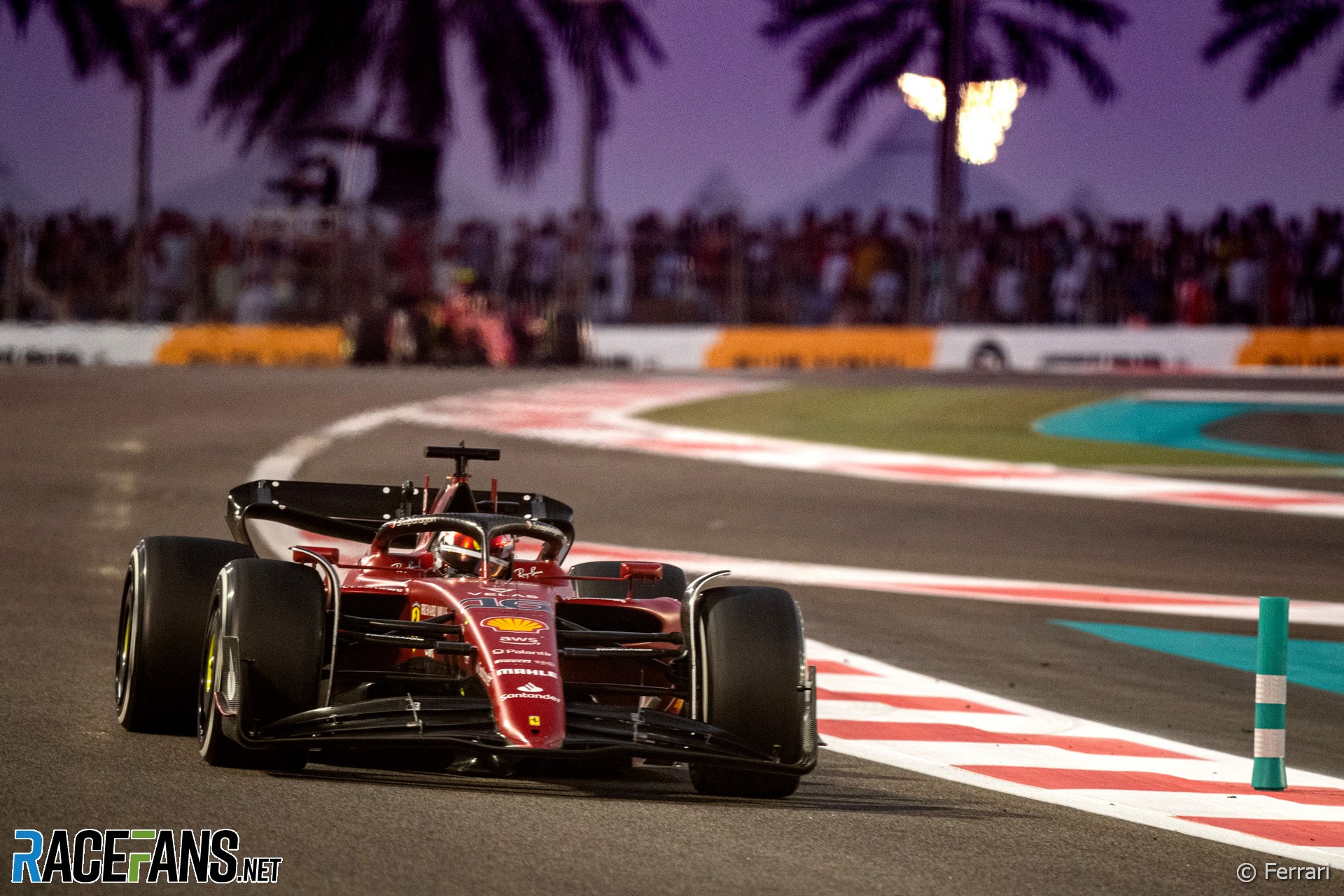 He ran third in the opening stages of the race but moved into second place as Perez made one more pit stop than he did. Leclerc was able to hold on to his advantage over Perez, claiming second place by 1.3 seconds.

“The plan was always to do a one-stop,” said Leclerc after the race. “But we managed to push them into doing two stops.”

Leclerc said the strategy hinged on not taking too much life out of his first set of tyres at the start of the race. He was relieved to see Lewis Hamilton drop back from fourth place behind him when the Mercedes driver was told to let Carlos Sainz Jnr past to avoid collecting a penalty.

“On the medium tyres obviously you do the first part of the race trying not to fight too much,” said Leclerc. “But obviously in the first few laps Lewis was quite close. After that I don’t know what happened, I think he had to give the position back to Carlos.

“Then at that point, I could manage my tyres a little bit better. It gave me a little bit of breathing space. And then from that moment onwards, then I think we did a great job.”

He ran a long second stint to the end of the race on hard tyres, but was suffering from a lack of grip in the final laps as Perez closed on him.

“It was really tricky,” he said. “Especially at the end of the stint on the hard, even though we did really, really good management, to be honest it’s tricky because when you get to the end of the race, the front-locking starts to become a problem, so it was very easy to do a mistake. But at the end, we kept everything under control and managed to keep Checo behind.”

Ferrari’s execution of the race was “really perfect,” said Leclerc. “I don’t think we have the pace of the Red Bulls still, and our goal from the beginning was to try and push Checo do something different, which we did perfectly. And again, with a great tyre management, we made the one-stop work, which eventually got us the second place.”

Ferrari have been criticised for their tactics in some races this year, notably in Hungary when Leclerc led the Hungarian Grand Prix until the team put him on a set of hard tyres which compromised his afternoon. He said the team has made gains since then.

“I think we really did some step forwards in terms of strategy and the way we have been taking decisions recently, in the last few races,” said Leclerc. “Unfortunately, it was a bit more difficult to show it because the pace is not as good as the beginning of the season. But I’m confident that in terms of pace, we will manage to catch Red Bull back next year.”