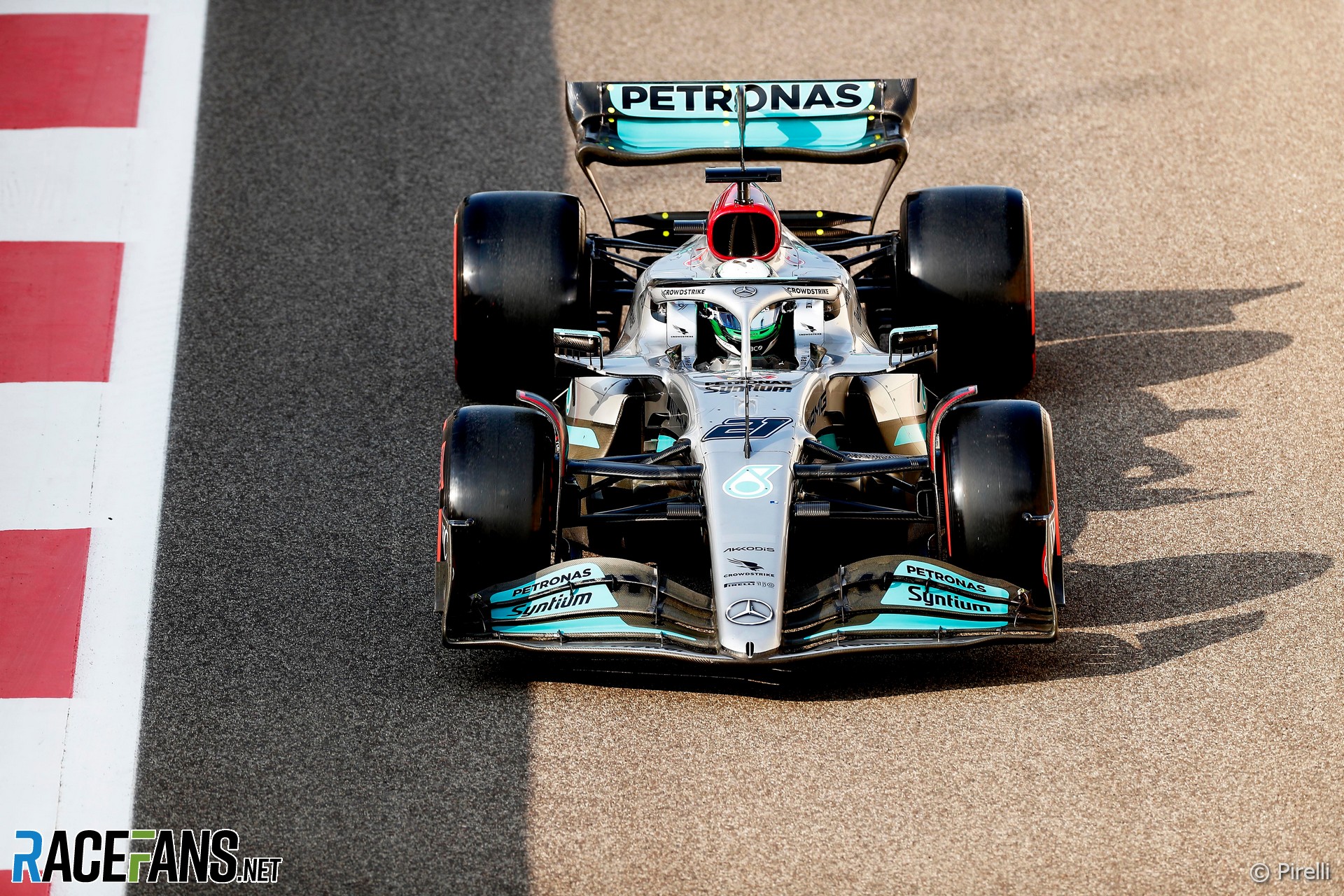 Mercedes referred to its internal metrics which predicted which circuits would be best and worst for its problematic W13 as the “table of doom”.

The team began the 2022 Formula 1 season well off the pace of eventual champions Red Bull and their early rivals Ferrari. Although the team gradually made progress with the W13, even by the end of the season it found the car worked considerably better at some tracks than others.

This was highlighted over the final two rounds. Mercedes won at Interlagos but one week later at Yas Marina were only the third-quickest team.

Mercedes team principal Toto Wolff revealed on Saturday the team’s “table of doom” had foreseen that swing in performance.

“We always knew that we need to be prudent and not set our expectations based on the Brazil result,” he told media including RaceFans. “I think that circuit perfectly suited our car and everything ran very, very smoothly. And Abu Dhabi in our ‘table of doom’ was one of the worst tracks.”

The team’s chief strategist James Vowles explained the thinking which went into the “table of doom.”

“This is something that we have constructed internally that allows us to somewhat predict where our car will be relative to certainly the fastest cars track on track and it worked fairly well,” he said in a video published by the team. “It’s something that actually had fairly good correlation across the season and it did say that in, for example, Mexico and Brazil we would be significantly more competitive than we were going to be in Abu Dhabi.

“It’s a function of the properties that make our car both strong and weak and that transpired to be true.”

This meant there was an upside to the car’s varying performance at the end of the season, said Vowles. “As perhaps negative as it comes across, that’s a very good thing, because it means that the properties of our car that we understand we actually have a good grasp on them sufficiently so they actually look to be real in real life and then the reasons behind it look to be correlated.”

Mercedes believe they understand why both Red Bull and Ferrari were stronger than them in Abu Dhabi.

“Part of it is that I think Ferrari moved backwards across Mexico and Brazil. It’s hard to explain why, but they definitely weren’t as competitive there as they were towards the end of the season in Abu Dhabi. They were a fierce rival in Abu Dhabi, very, very quick on the straight line and competitive overall with good tyre degradation.

“That doesn’t obviously explain Red Bull and why we moved back [relative] to them. I think that is explained in the properties of where our car is weak and where it is strong. Brazil had a lot of cornering sequences, types of corners, speeds of corner that really suit the characteristics of our car which unfortunately we didn’t have in Abu Dhabi.

“The final one is Abu Dhabi is very, very cool conditions once we were really racing at night and we saw a few properties on the tyre a little bit of graining appearing on the front axle and on the rear axle and that for sure hurt us in the race.”

Despite the improvements Mercedes have made with the understanding of their car, Vowles said there are not taking it for granted they will be able to make the progress they need with next year’s W14.

“I don’t think you can truly now, or even across the winter, state that we know everything about the W13. Across the year we learned and discovered a whole series of new items that really we had to learn, understand and develop very quickly.”

However he believes the team’s performance clearly improved from their level on “normal” tracks such as Melbourne and Imola early in the year to where they were after their final update was introduced at the United States Grand Prix.

“There have been some ups and downs, very much so, and that’s the part of what I meant by this car has items that we believe we understand and some of them that still not fully explained as a result of that,” said Vowles. “But if you look at the direction moving forward, the gaps to the front, especially on race pace, we made huge amounts of progress and you only do that by understanding where your problems are, working on them and working as a team.”

The last race of the season shows the “void” where Mercedes must make further improvements in order to be competitive next year, said Vowles.

“The confidence we have is that we now have our tools, our wind tunnel tools, our development tools, our performance tools here in the organisation producing performance which is more than our competitors, it’s allowing us to move further forward relative to them,” he said.