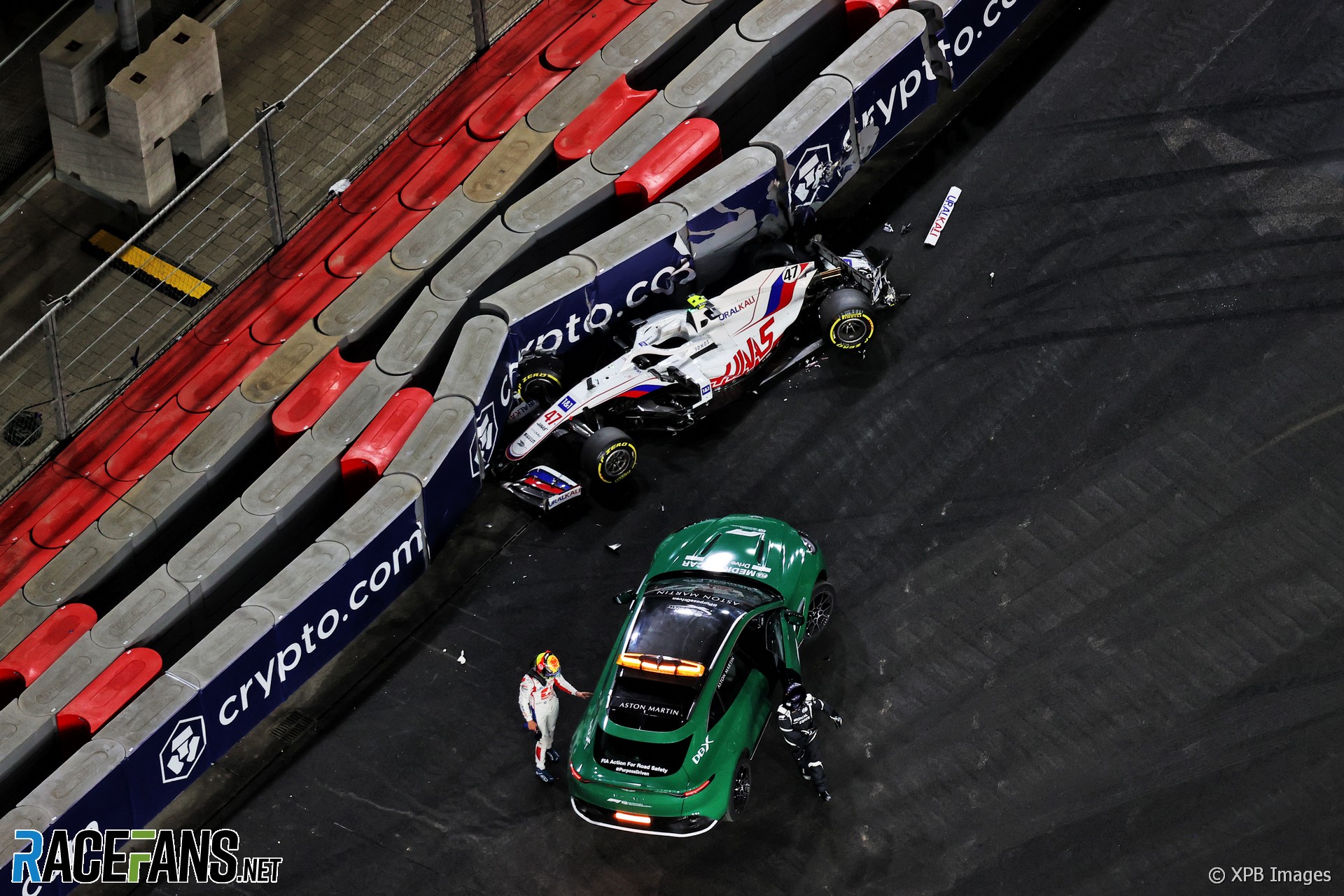 The Saudi Arabian Grand Prix promoters have confirmed a raft of further changes to the Jeddah Corniche Circuit ahead of Formula 1’s return next year.

The high-speed street circuit has been subject to criticism from drivers and paddock figures during its first two events held in 2021 and 2022. The circuit attained FIA Grade One accreditation just weeks before its inaugural grand prix, but drivers including Carlos Sainz Jnr and Lando Norris were critical over what they perceived as unnecessary levels of danger produced by its combination of high speeds, close barriers and blind turns.

After the inaugural race weekend was marred by a series of crashes, event organisers made minor adjustments to the circuit for 2022. However, both Mick Schumacher and Formula 2 racer Cem Bolukbasi were taken to hospital after suffering heavy crashes into the wall. Sergio Perez described Jeddah as “definitely the most dangerous place in the calendar.”

Jeddah will host the second round of the 2023 F1 season in March. Race promoters have announced more extensive track changes to address drivers’ concerns.

The barriers lining turn 14 – the full-throttle bend after the 180-degree banked hairpin of turn 13 – and turn 20 have been pushed back by seven-and-a-half metres and five metres, respectively. The walls at turn eight and turn ten – where Schumacher and Bolukbasi’s crashes occurred – have also been adjusted to improve driver sightlines into the corner.

The fast kink of turns 22 and 23 – where Schumacher crashed during the inaugural 2021 race, prompting a stoppage – will be modified and made tighter with the aim of reducing cornering speeds by around 50kph relative to how cars have previously been taking them. Finally, special adhesive strips will be laid down on the outside of many of the circuit’s corners, which will cause cars to vibrate if driven over. This is intended to deter drivers from running too close to the extremities of the circuit and the barriers in a bid to gain time.

The Saudi Motorsport Company’s chief executive Martin Whitaker says the track changes will improve the quality of racing at the venue as well as make it safer for drivers.

“The evolution of the Jeddah Corniche Circuit continues apace and we are excited to add these further tweaks to our magnificent track as a result of positive consultation with the FIA, F1 and the drivers,” Whitaker said.

“It is vital for any circuit to listen and learn from those racing on it and use their feedback to grow and improve at all times. We are confident these changes will lead to even faster, more exciting and, crucially, safe racing and we can’t wait to see the world’s greatest drivers battle it out here under the lights again in 2023.”

Last weekend, the circuit hosted the FIA’s World Touring Car Cup around a shortened variant of the track which cut from turn four across to turn 20 on the grand prix layout.

The 2023 race will be the third in a 15-year deal for Formula 1 to race in Saudi Arabia. The 2022 edition of the Saudi Arabian Grand Prix was marred by a missile attack on an oil plant 10 kilometres from the circuit that took place during the opening practice session, leading to drivers calling for an emergency meeting with Formula 1 and the FIA which ran until the early hours of Saturday morning. The race weekend continued with no further incident.