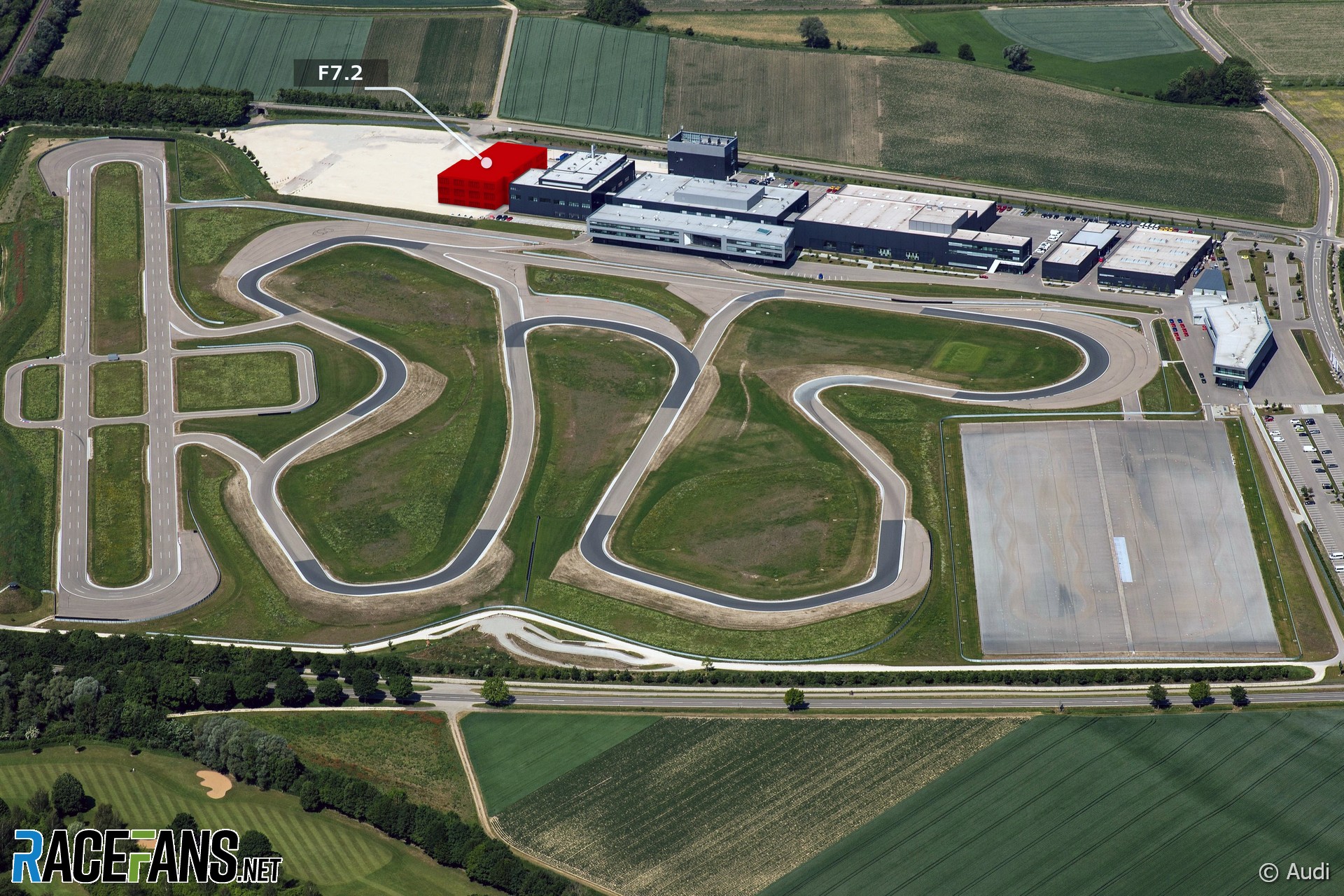 Audi has begun construction of an extension to its engine facility where the manufacturer will build its Formula 1 power units.

A new, 3,000 square metre facility is being built at Audi’s Competence Center Motorsport in Neuberg an der Donau. Building F7.2 (shown above) will house new test benches for developing the hybrid turbo power unit which Audi will compete with in Formula 1 from 2026.

Audi is also expanding the workforce which will develop and build the energy recovery system, electric motor, battery, combustion engine and transmission. It has already recruited around 220 staff for its F1 project and intends to have over 300 by the middle of next year. They will be able to make use of some parts of the new building as early as March.

Audi Formula Racing GmbH was founded to run the F1 project. Its managing director Adam Baker said: “Developing a power unit for the world’s most demanding racing series in Germany is a great challenge. We already have a great team at our facility in Neuburg an der Donau that is growing all of the time.”

The Competence Center Motorsport opened in 2014. Past racing Audis built at the site include the Le Mans 24 Hours-winning R18 e-tron quattro hybrid, RS 5 DTM car and Audi’s Formula E machines. The site is less than 300 kilometres from Hinwil, where its chassis partner Sauber is based.