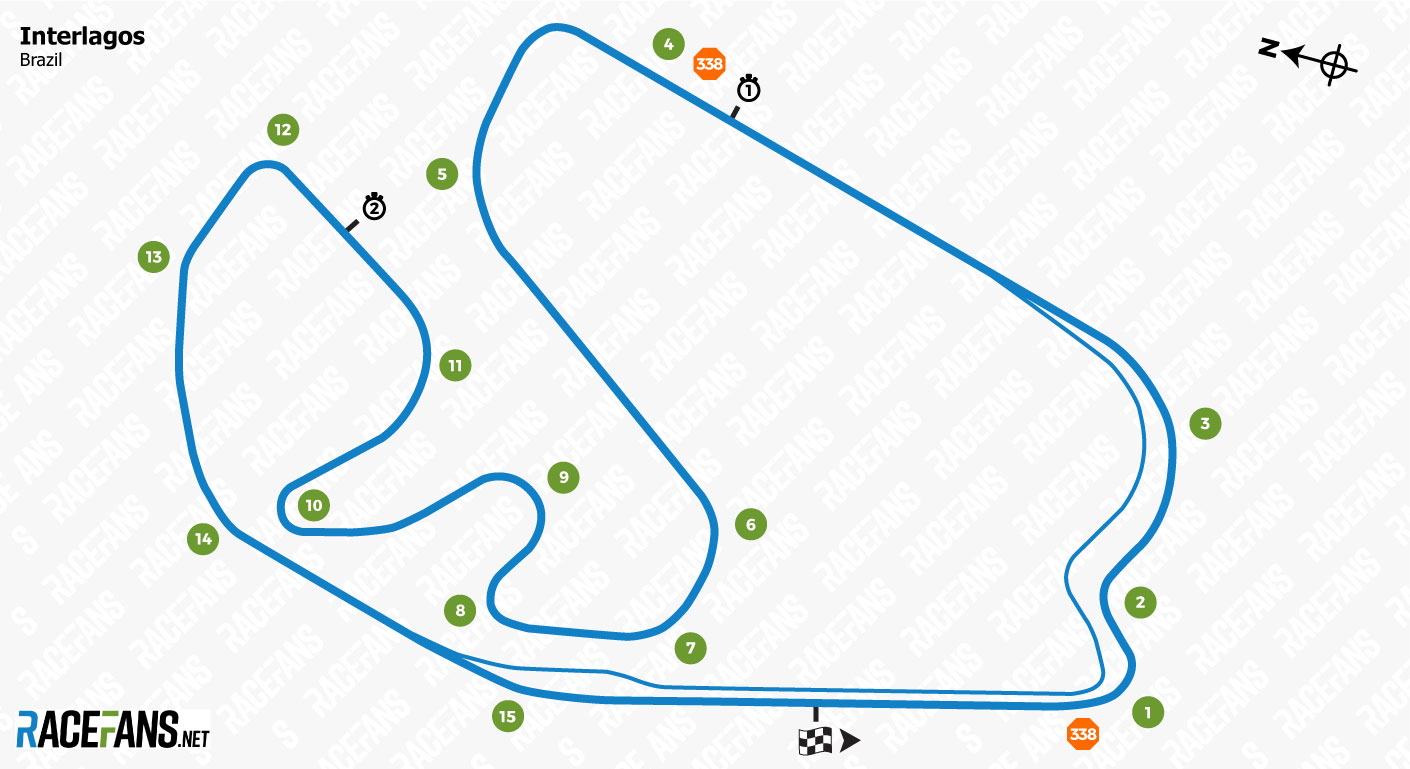 Brazil held its first round of the world championship in 1973 at the Interlagos circuit in Sao Paulo.

The venue remains part of the Formula 1 calendar and although it is now considerably shorter than the original track, much of the character of the old circuit is still present, as are the vocal and enthusiastic Brazilian fans.

The track measured almost eight kilometres in length when Emerson Fittipaldi treated the crowd to a home victory at their first world championship race.

The Jacarepagua circuit in Rio de Janeiro took over as Brazil’s home of F1 throughout most of the eighties, but the sport returned to Sao Paulo in 1990 on a truncated circuit which travels in the opposition direction to the old course at one point.

The configuration has altered little since then, besides minor re-profiling to some corners and changes to the run-off areas as seen at other tracks. It did not hold a race in 2020 due to the Covid-19 pandemic, but F1 returned the following year, at which point the event was renamed the Sao Paulo Grand Prix.