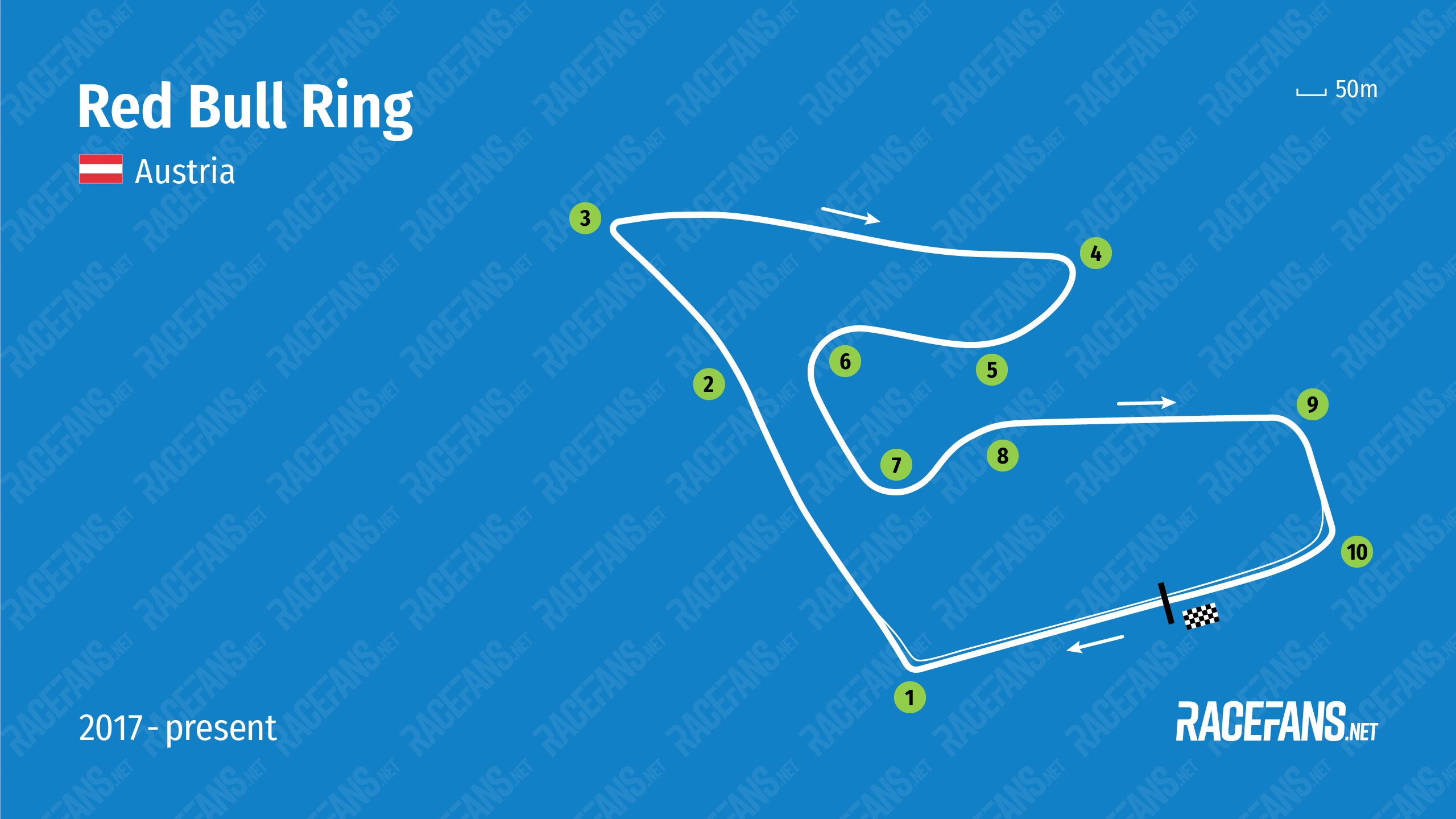 The Red Bull Ring in Austria has had three different names and two significantly different configurations during its time on the F1 calendar.

After a one-off world championship race on the bumpy Zeltweg airfield in 1964, the nearby Osterreichring became the new venue for the Austrian Grand Prix in 1970 and immediately proved one of the fastest courses on the schedule.

It remained on the calendar until 1987 before being dropped. The track returned ten years later with a new name – the A1-Ring – and a radical overhaul, with most of its dramatic high-speed bends replaced by tight corners. It was the first Formula One circuit to be redesigned by Hermann Tilke, who since then has worked on or created from scratch almost every other venue used by F1.

After a seven-year stint the A1-Ring was also dropped. It was later purchased by Red Bull and renamed again, then returned to the F1 schedule in 2014. The configuration of the circuit was unchanged, although the exit of turn one was modified to discourage drivers from running wide in order to gain a lap time advantage, and the same has been done at turn eight for the 2015 race.

Video: How the circuit has changed