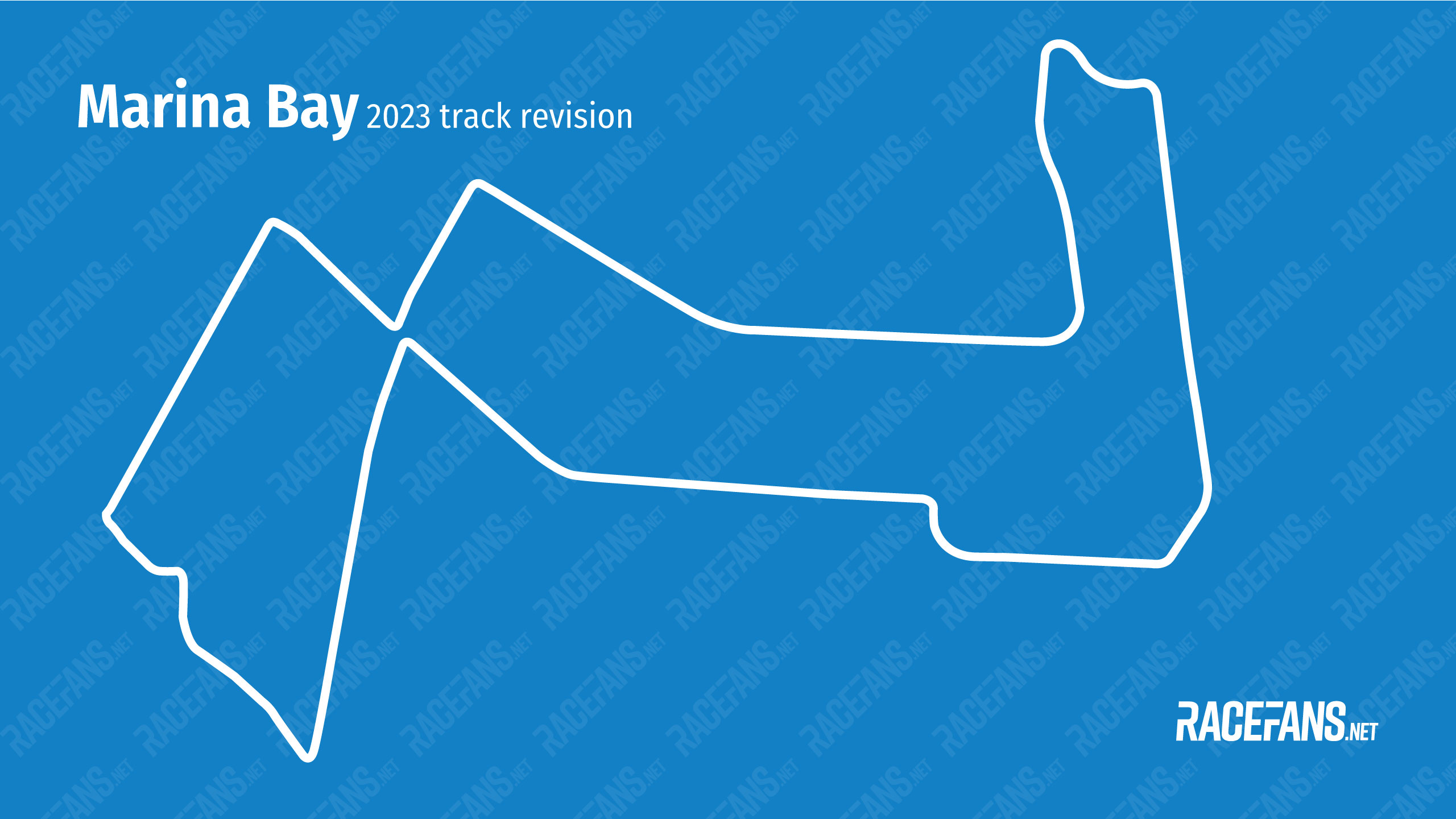 The Singapore Grand Prix first appeared on the F1 calendar in 2008. Its inaugural race, held on the Marina Bay street circuit, was the 800th in the history of the world championship, and the first to be held at night under floodlights.

The track passes several local landmarks including the Singapore Flyer, Supreme Court and Parliament. The track also incorporates Esplanade Drive and the Andersen Bridge, which was built in 1910.

A purpose-build section of track includes the start/finish area, pits and paddock. In the latter stages of the lap the track passes beneath one of the spectator grandstands.

Minor revisions were made to the circuit in 2009, and in 2013 the Singapore Sling chicane which formed turn ten was replaced with a more conventional left-hander. For 2015 the approach to turn 13 was altered in a bid to improve overtaking opportunities and three years later turns 16 and 17 were realigned.

The race was absent from the F1 calendar in 2020 and 2021 due to the Covid-19 pandemic. Following its return, the race organisers announced further track changes for 2023, when a four-corner stretch from turns 16 to 19 will be bypassed due to construction work. The total number of corners will therefore fall from 23 to 19.