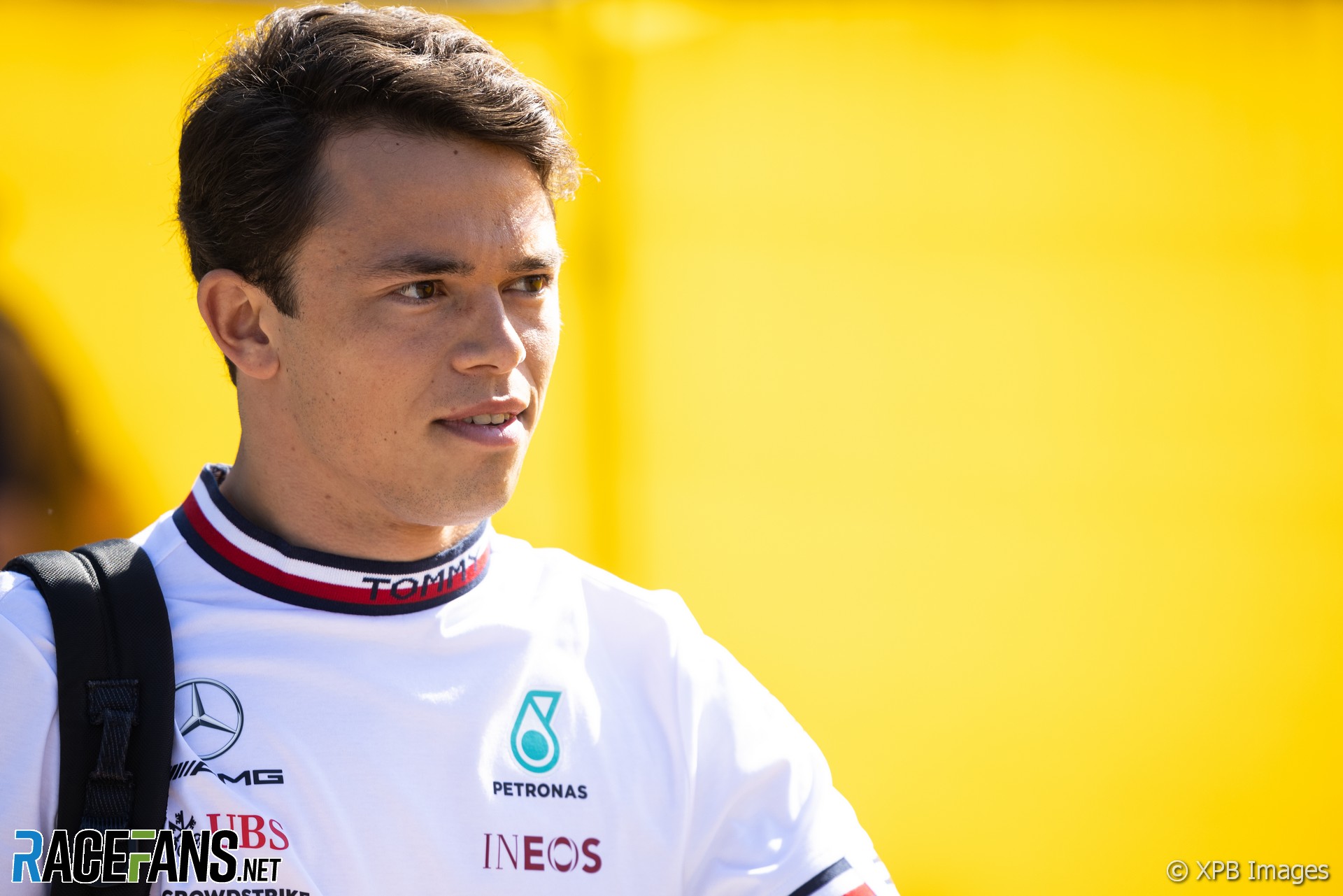 Formula 2 and Formula E champion Nyck de Vries joined the Formula 1 grid in 2022 with Williams, becoming the second driver to debut in F1 after racing in FE first.

He spent a decade affiliated with various F1 teams before getting a race seat, as he was signed by McLaren as a junior driver as he moved to the top level of karting in 2010. De Vries twice won the CIK-FIA World Karting Championship, and also claimed a European karting title before moving into car racing in 2012.

De Vries spent three seasons in Formula Renault 2.0, arriving as a driver lauded for his maturity, and in his first year he finished fifth in the Eurocup and won in a part-time Northern European Cup campaign.

After a change of team for 2013, as a new car was introduced to the category, De Vries picked up two Eurocup wins but was unable to contend for the title. A McLaren-led decision kept him at the same FR2.0 team for 2014, while an engineer who had joined midway through 2013 proved critical in improving his form for his third year in cars. He duly romped to the title in the Eurocup and Alps series and won 14 races in total.

That Eurocup triumph meant Renault supported De Vries’s move up to Formula Renault 3.5 for 2015. He came third in the championship with a maiden win eventually arriving in his final race.

Once more, political issues at McLaren influenced De Vries’ next step, as he stepped down to GP3. He had an underwhelming season which did feature two late wins but otherwise sapped the momentum out of his career.

McLaren kept him on its books though, although a new era at the team made his life even more complicated. He started an association with Audi as he was finally able to move into the F1-supporting Formula 2 championship in 2017.

De Vries drove for four teams in three years, gradually becoming more and more competitive and eventually claiming the championship with ART Grand Prix in 2019. That year he left McLaren, and before his F2 campaign was done he had already signed and debuted with Mercedes in Formula E.

He spent the next three years there, winning the 2020-21 world championship and also working for Mercedes in F1 as a reserve and simulator driver. In 2022 he made his F1 weekend debut, participating in one of the series’ new mandatory young driver practice opportunities for Williams at the Circuit de Catalunya.

He took advantage of the same opportunity with Mercedes at Paul Ricard and Aston Martin at Monza. However, the day after the latter outing, Williams racer Alexander Albon was sidelined with appendicitis. The team turned to De Vries as his substitute.